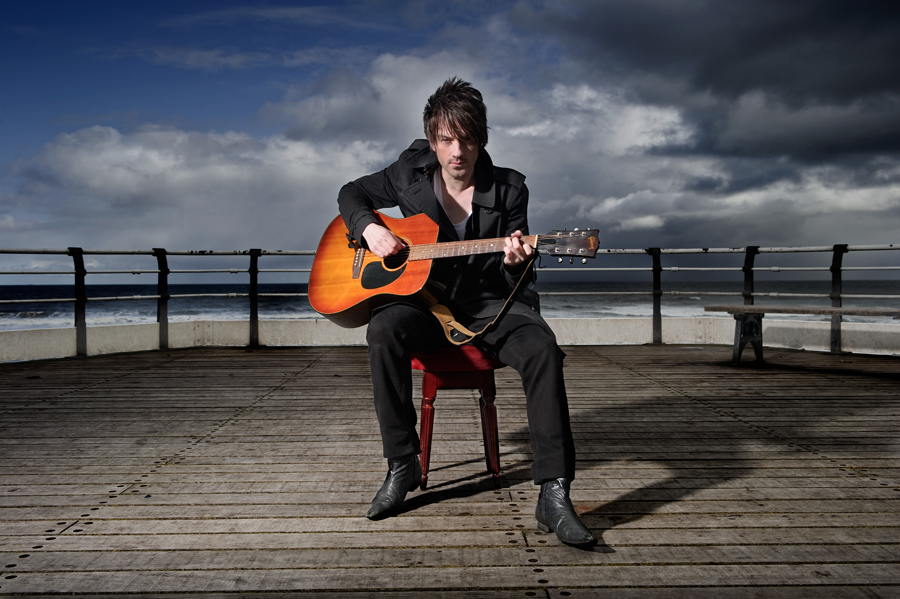 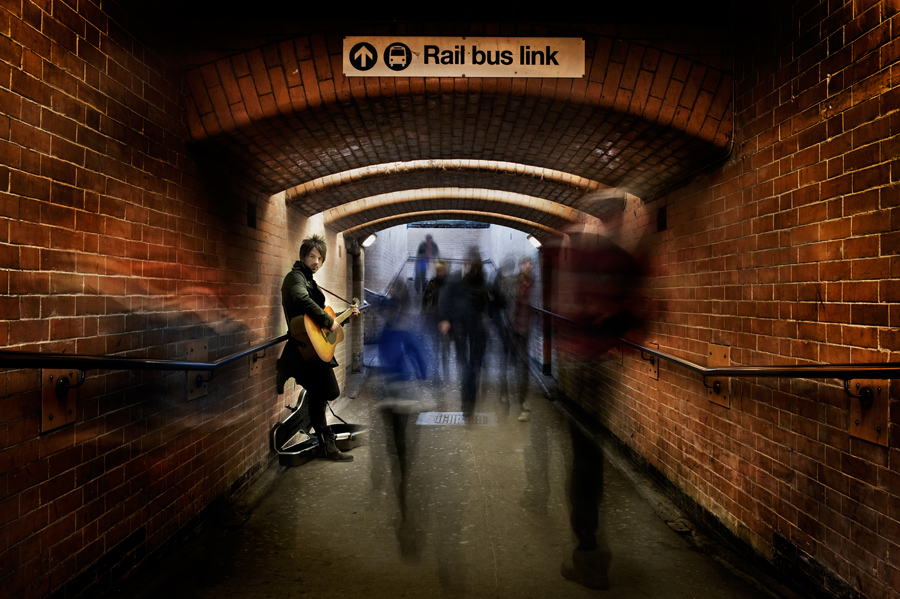 Peter Jones - Creative Director, Better Brand - "We are currently in the process of working on a new and quite exciting campaign for Alistair Griffin that will launch in the next few months that will use a very new style of promotion. Because of this it was absolutely vital that we had the right photography to match the campaign, and indeed we required quite a few different locations and setups over a 2 day period so it was a challenge to say the least. I had a close look at many photographers in the UK over a period of time and Tim just kept coming back into frame because of his style and the very distinctive outlook he has towards his subjects.
Over 2 days we managed to shoot all the work that was required plus some additional shots where Tim and I felt they were strong that came from his creative take on the brief, the last of these being one of my favorites, the railway tunnel capture. It's been great working with Tim and I'm sure that we will be enjoying many more projects over the coming years."

Tim - "Who would have guessed that the two days that we pencilled in for the shoot would turn out to be two of the coldest for months, a typical drop of reality in some ways to what goes on behind the scenes to create the photography that we all take for granted on posters and record album covers. It was a highly enjoyable few days shooting with Alistair and the fact that we covered 9 locations in two days meant that we were very much on our toes the entire time, sure we had some minor problems, these are only to be expected on such events but nothing too disastrous, on the very first day the large cello was discovered snapped in two in the bands van after something fell on it and on the second day we almost lost the studded leather chair that we used in a field after a horse took a shine to it and decided to try eating it...lol.
All in all I'm very happy with the results and it was very much a team effort by everybody concerned from the band members, to design and the makeup and hair guys, a great effort that will we hope go forward to some great outputs with Alistair and see him go ever forward with his music." 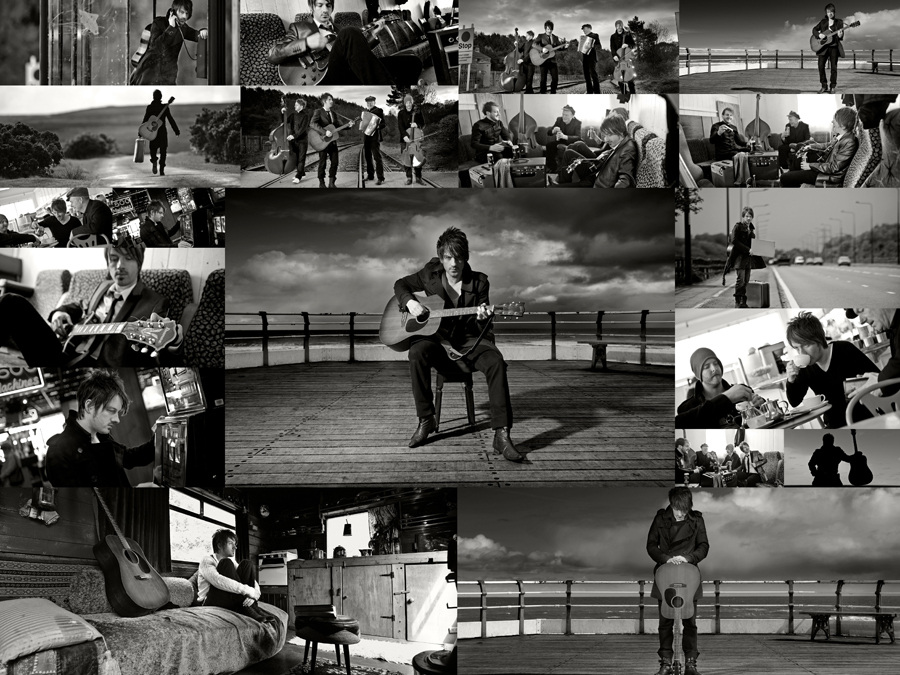 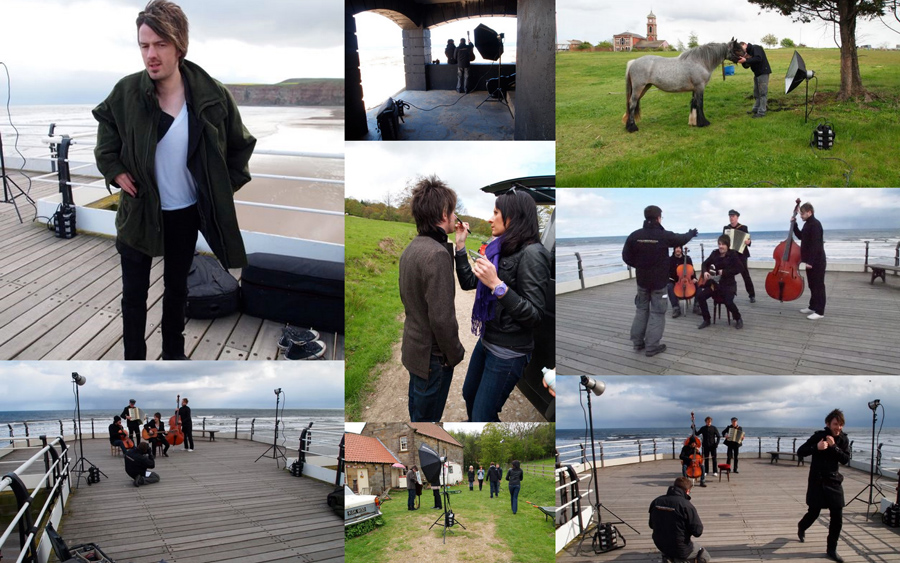