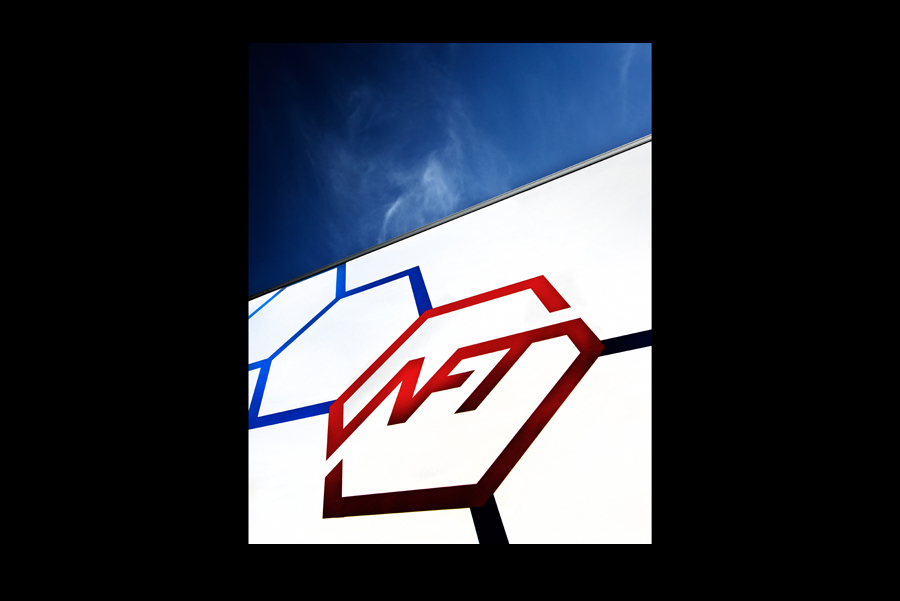 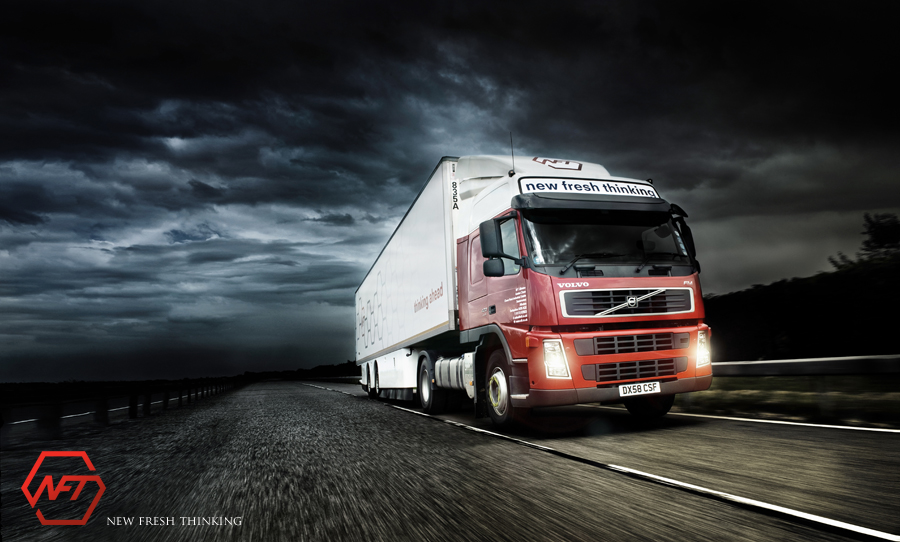 The project had not been without its challenges, not least how to shoot multiple large vehicles moving at speed in a safe and controllable environment. This was achieved with the help of the MIRA proving ground facility in the UK who we contacted to assist with the project. The facility offered photographer Tim Wallace the perfect opportunity to capture some dramatic images that would normally not be possible on the open road. Safety was a paramount concern through out the shoot and a great many of the shots that Tim produced were achieved by using a modified open back chase car to shoot from with of course the use of a full body harness that Tim designed for just this sort of work. On the day of the shoot at MIRA the weather was a real threat with a band of low pressure over the south of England bringing with it torrential rain and thunder storms, something that you can never plan for of course! With some careful timing and a little luck however the thunder storms maintained their southerly heading and proved to be a great advantage as they provided the perfect backdrop of the first part of the shoot on the number one high speed circuit. 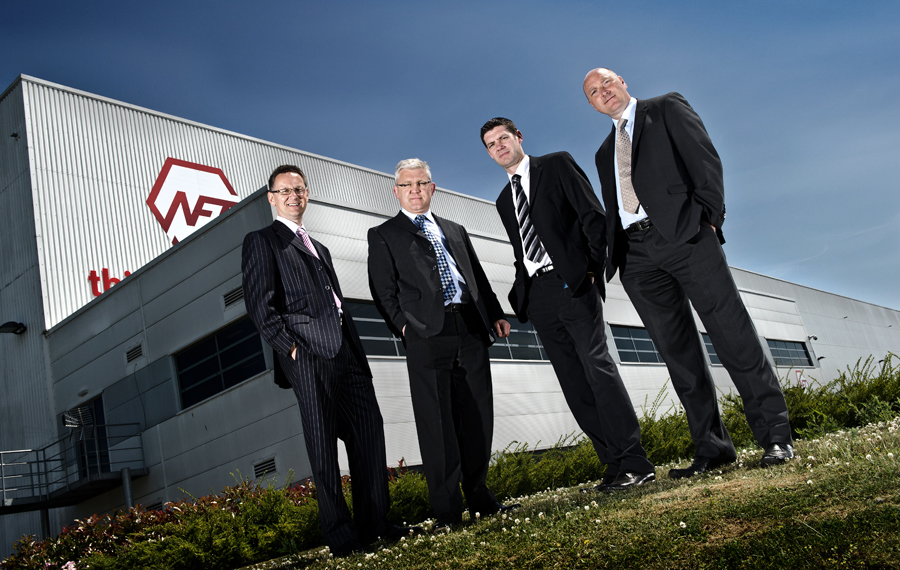 NFT Distribution provides Primary and Secondary Chilled Distribution services to all major retailers and manufacturers through their transport, warehousing and logistics solutions and is a specialist in both chilled and fresh food, although they also deal with ambient, frozen and grocery goods. When a food item has a short shelf life, it has to get from the factory and into the store in the shortest possible time, so that the consumer is able to enjoy it at its best. 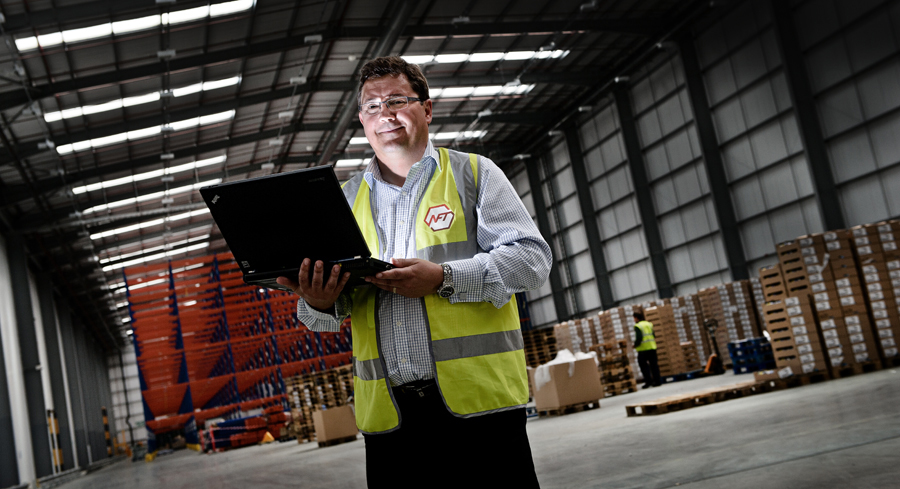 NFT estimate that there's a one in three chance that the fresh chilled food item you have just purchased from the supermarket will have travelled on an NFT truck at some point in its life. To illustrate the tight timescales that NFT are working to, think about that freshly made sandwich you just purchased from a leading supermarket. It's possible that your sandwich only came off the production line around 14 hours ago, and since then has been wrapped and boxed, has been collected by NFT and brought into one of the NFT depots, where it has been consolidated with other products and delivered to a regional distribution centre. There, it was 'picked' for that particular store, and subsequently delivered, unpackaged, put onto the shelf.

'When a product is fresh, NFT ensure that it is keep it that way.'

Visit NFT and find out more here
Next
Previous