Although the Challenger was on hiatus for three decades, it was a muscle car from the start. The Challenger has remained true to its roots, its two generations spanning a three-decade hiatus yet still looking, driving and performing closely enough to recognize it at the same model. It has always been a great car to shoot photographically and we look forward to spending possibly more time with Dodge in the future to shoot this true American icon of motoring. 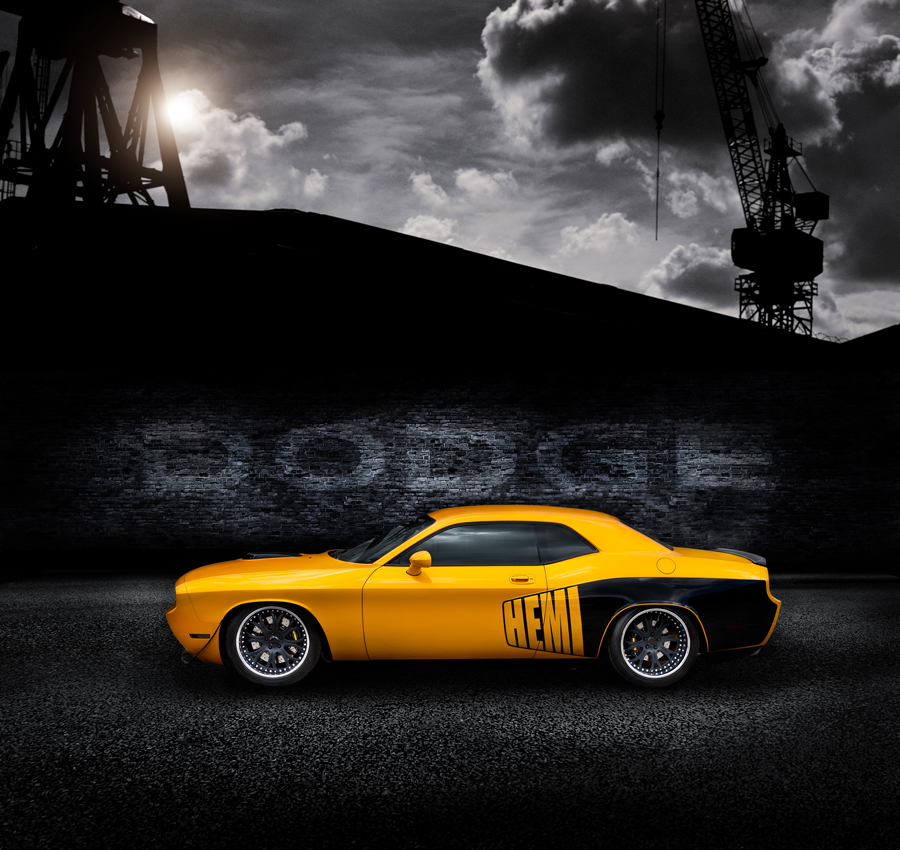 The current generation of the Challenger was reintroduced in 2008, with a simplified lineup and engine range: the SE, a base V-6 model with 250 horsepower; the R/T, with a 5.7-liter HEMI rated at 375 horsepower; and the SRT8, with a 6.1-liter HEMI rated at 425 horsepower. This new range was styled to look much like the classic Challenger, though it has grown considerably in size, weighing over 4,000 pounds and featuring 17 to 20-inch alloy wheels. Nevertheless, it provides classic muscle-car feel and performance, with an available five-speed automatic or pistol-grip six-speed manual (manual available on R/T and SRT8 only).