A young man in Nevada gets 'Inspired' 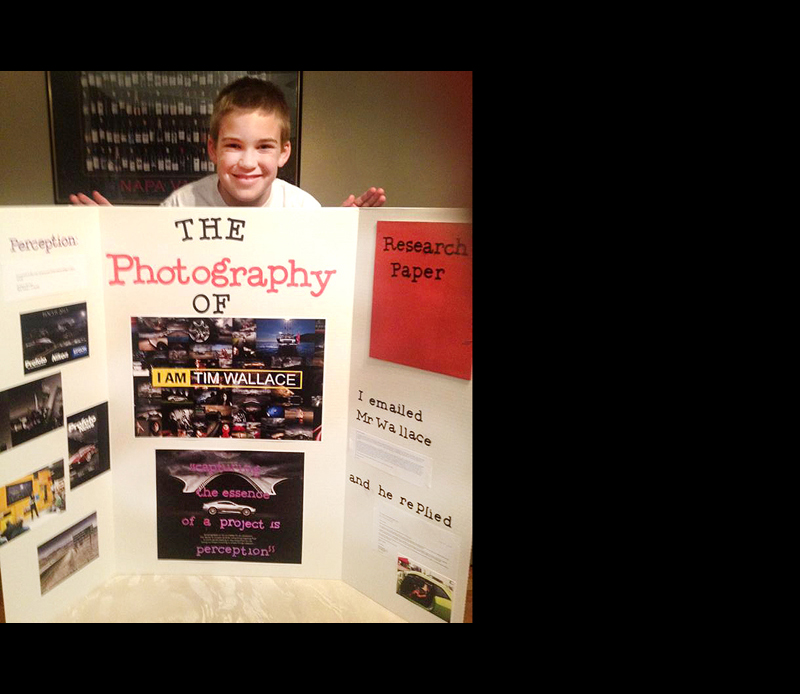 My name is Jackson Warner. I'm in the 5th grade at Smalley Elementary School in Henderson, NV. That's near Las Vegas. I have been given an assignment in my class to do a Perception Fair Project. One of the categories is photography. We can pick any famous photographer. I've picked you because I love cars too! I have high functioning autism and cars are my favorite thing to help me relax. I have thousands of Hot Wheels!

I wanted to use a couple of your pictures on your website to show how you take pictures of your cars. Is that okay? I love the black and white one of the Aston Martin in front of the paneled building with the storm clouds over head. I can hear the coming storm and feel how cold the wind must be! That's why the picture is black and white. No color means cold! It is as cold as the air conditioning coming from the vents on a hot summer day in Las Vegas! I love the way the interior of a new car smells. All cars smell different. What do you hear and smell when you take these pictures? Do you ever start the engines for inspiration? They all sound different. It makes me smile to hear an engine start. I like the ones that start loud and hum quietly before they move! I can feel the engine in the air around me! It touches my skin like it has fingers! I hold my breath waiting for the engine to start. Then when it starts, I breathe in. Do you feel like that when the take the photo? Do you remember smells when you look at the photos you took? 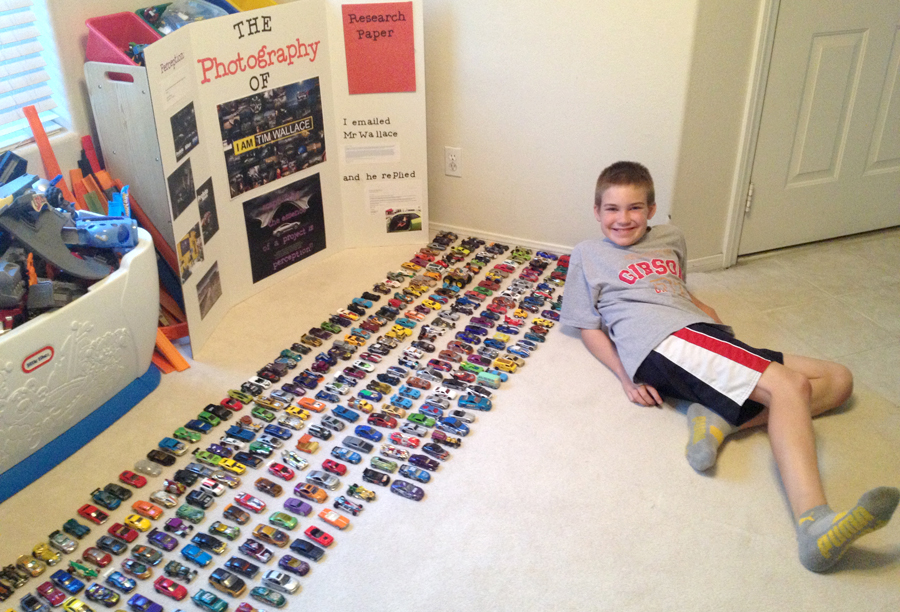 He wrote later that never ever expected to get a reply back but Tim spoke with him over the course of a week on and off and Jackson completed a great piece of work for his project at school. This is his project and I think it's cool and a credit to all his hard work. 'Well done Jackson' 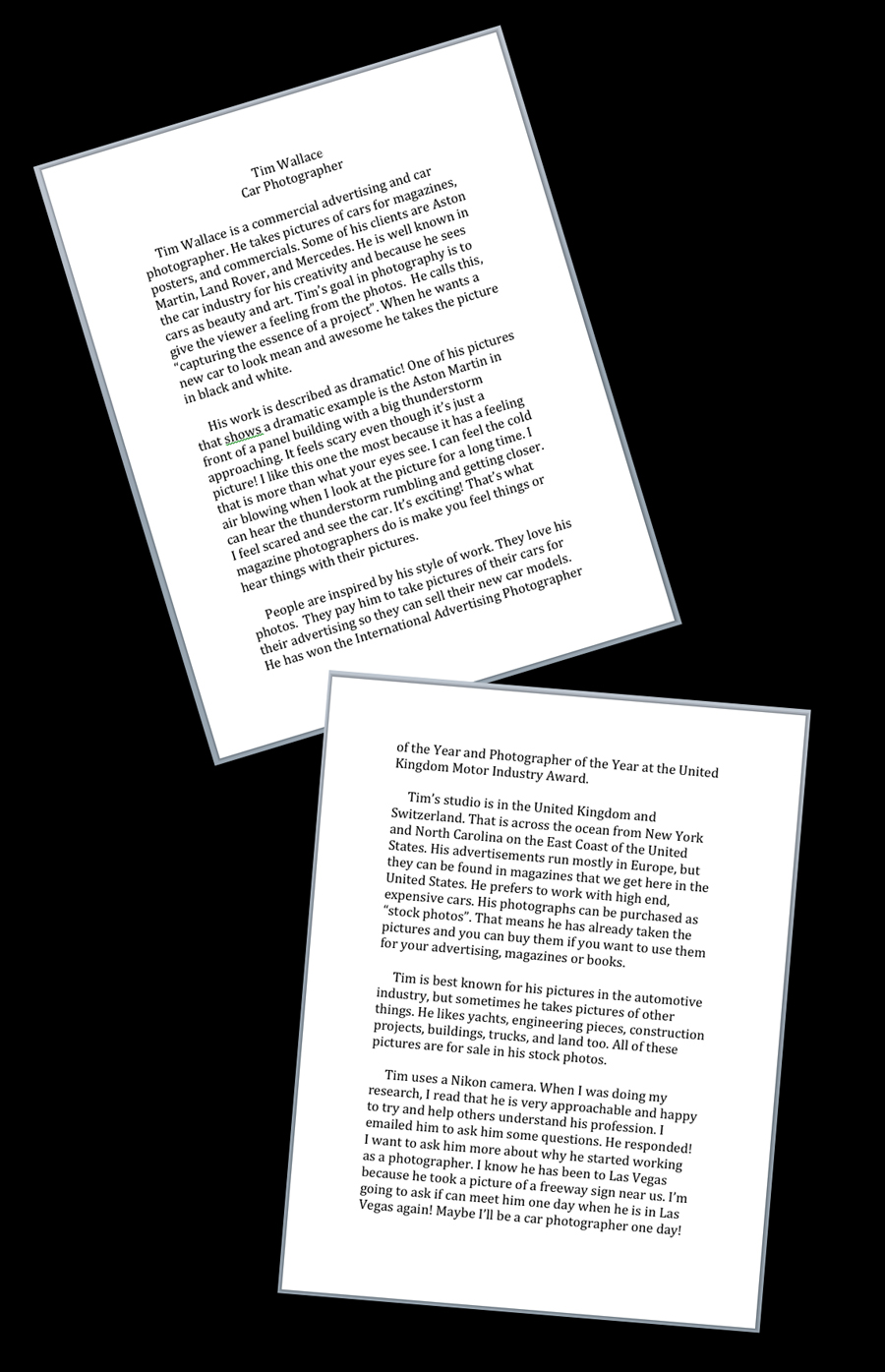 We were so impressed by Jackson's efforts and dedication to do all the work that he did on his project that a few days later Tim organised a special one off limited edition print of one of his favourite cars, the Aston Martin DBS. This is on its way out to Las Vegas and currently Jackson has no idea what he is about to receive from the mail man but we all think he really deserves it and his mum has told us that she is very sure that he will treasure that and place it on his bedroom wall. All credit to the hard work of a young man with a dream.... 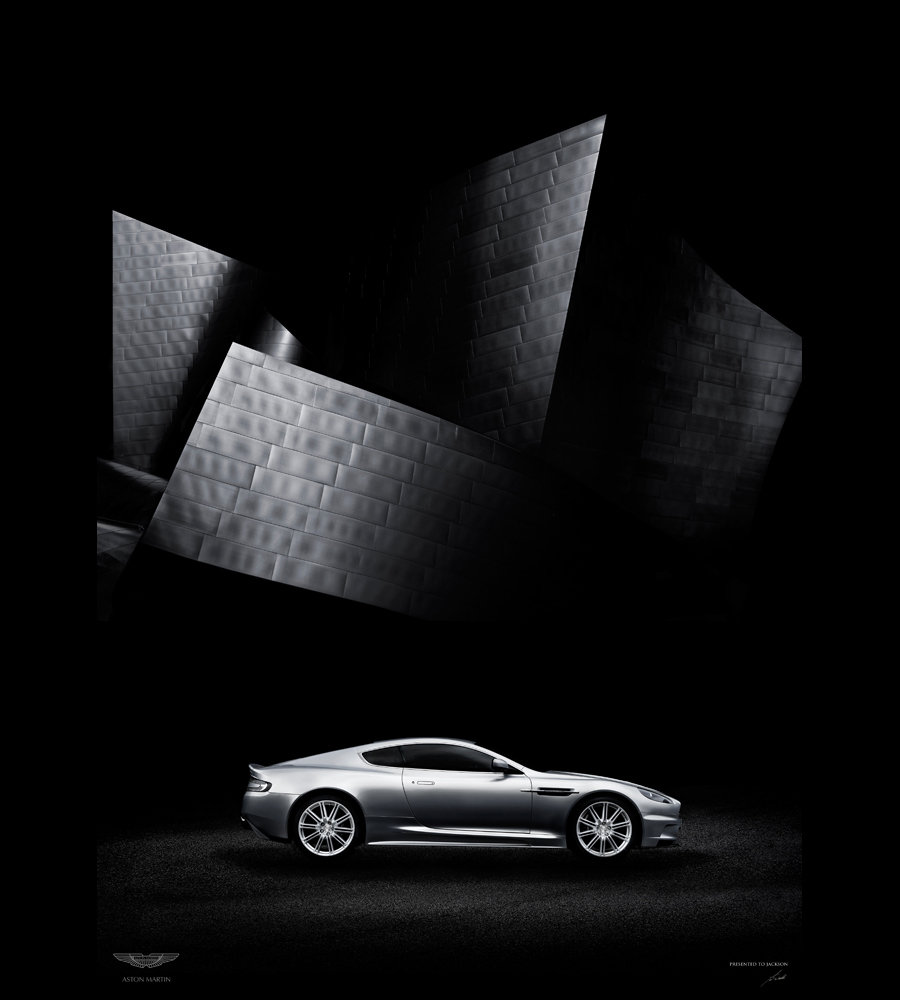