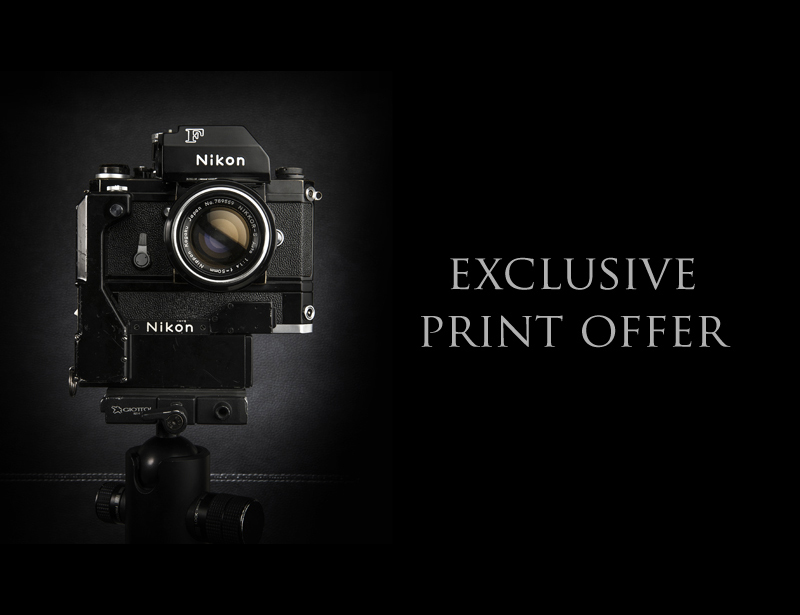 There are 4 different montage options to choose from and these come in 4 different sizes and are ideal for office display or studio wall display.

From the age of 7 photographer Tim Wallace of AmbientLife has been obsessed with photography. At a very early age he first learned to print and develop film, totally inspired by the magic of watching the emerging image appear from under that warm flowing liquid of the developer. Over those years Tim has used many camera's that have taken him through his journey of photography and creativity and this week Tim set himself a 'personal project' to document and record some of the many camera's that he has shot with and collected over his lifetime behind the lens. 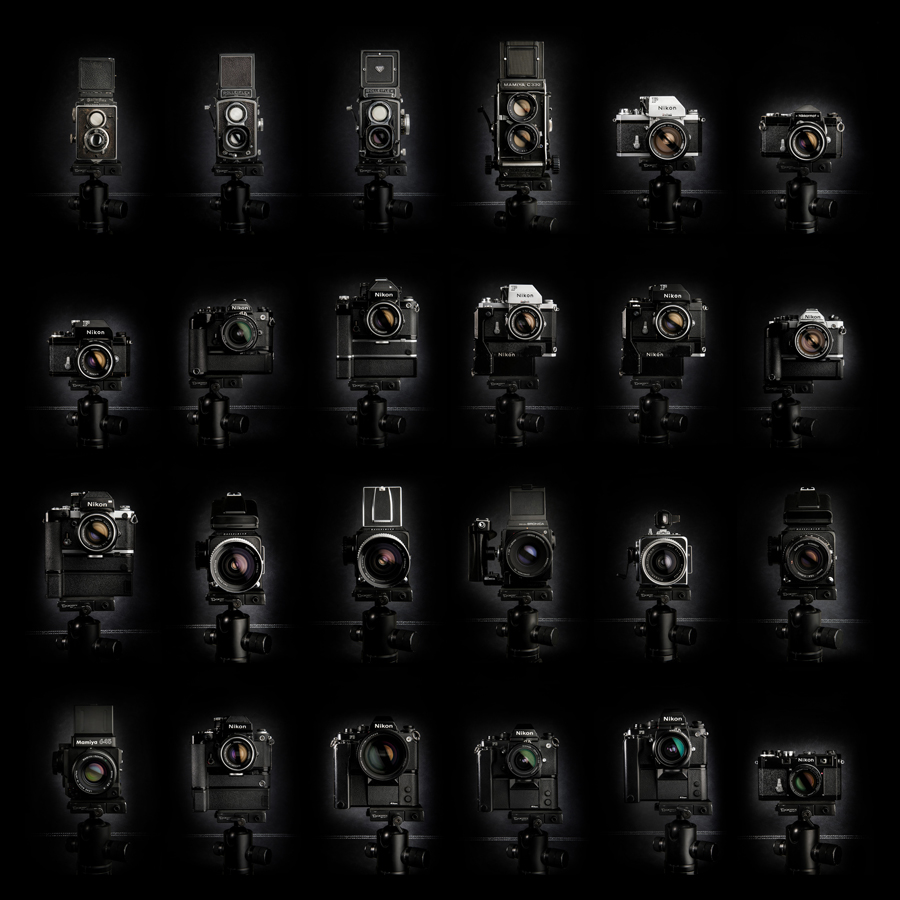 Tim - "For me photography has not so much been a career but an obsession over my lifetime, its the foundation of who I am and all that has driven me over the many years that I have been shooting. It is no secret to many that I still love to shoot film even now and for me that is a joy that I can immerse myself into away from my normal day to day commercial work which is firmly grounded within the modern digital era that we can now enjoy.
Film photography for me is almost like getting back to basics, its about the process of thought to work and achieve what you want to create through your lens and record that image into a piece of exposed film within the camera.

The camera's themselves have changed but in many ways the approach that we have to the work that we create has not, sure we may feel more these days that we can 'rescue' or manipulate our images digitally, and indeed this is a huge benefit within the modern commercial world of photography but for me I have always loved the thought and practice of trying to really get as a close as I can to my final image in camera, film drives this passion and allows me to shoot from my heart and in many ways teaches me still to be a better photographer.

I have kept every single camera that I ever shot on from a film perspective over the years, each has their little quirks and joys, each has in many ways a personality and as such they bring their own dimension to a photograph, the lens properties of older camera's are different to the more perfectly engineered lenses that we enjoy today but in many ways thats something that I really love. The older 50mm f4 Carl Zeiss lens that I shoot with sometimes on the Hasselblad film bodies is a lens that has a softness to its edges, a pleasing effect when used wide open." 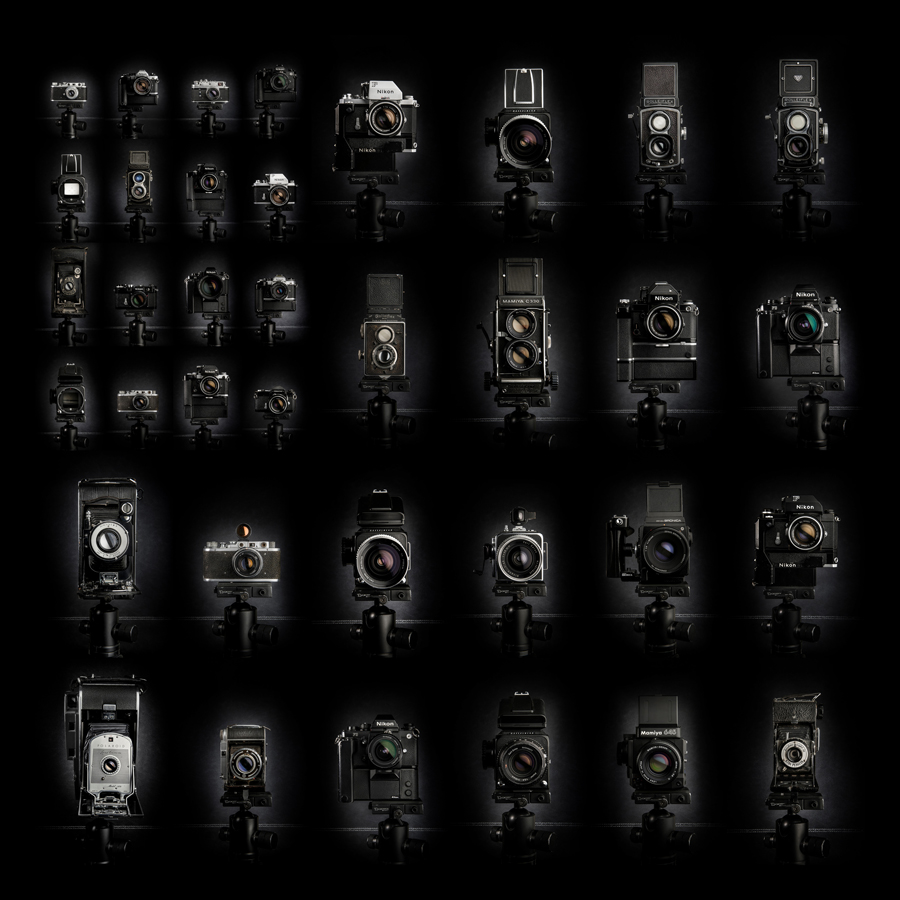 "I can still remember my very first picture that I ever took, it was a scene from a roof top looking across to a dockyard across the roof tops and aerials of the houses in front of me. I shot it on a Nikon F that belonged to my grand father and was not too sure on the exposure so when I developed the film I decided to heat that up slightly and extend the development time. I remember the negative being very 'thin' (under exposed) and the grain was significant but I spent an few hours in the darkroom printing various copies at different sizes and variants and from then on I was hooked totally. I was in love with the fact that I was able to capture the world, or at leads a brief moment of it and keep that forever. Many times when I was younger I was shooting on Nikons and even today I still use Nikon camera's in my commercial work such as the D4 along side my Hasselblad H4 for medium format digital work, back then my trusty Nikon F was without a light meter that worked so I used to have to guess the exposure on many occasions, this taught me to appreciate the changes in light and how that impacts not only on a scene from an exposure point of view but also how that mixture of exposure and light intensity from the direction of the light in relation to the camera can impact so greatly on the contrast and tonality of a image captured.
It was not long before I was really trying to teach myself who i could mix the light properties in the everyday world with techniques I was discovering with the development stage of the film process. The possibilities seemed endless and it was then i think that I started to gain an understanding of light and how we can use this to create the images that we aim for in our minds when shooting" 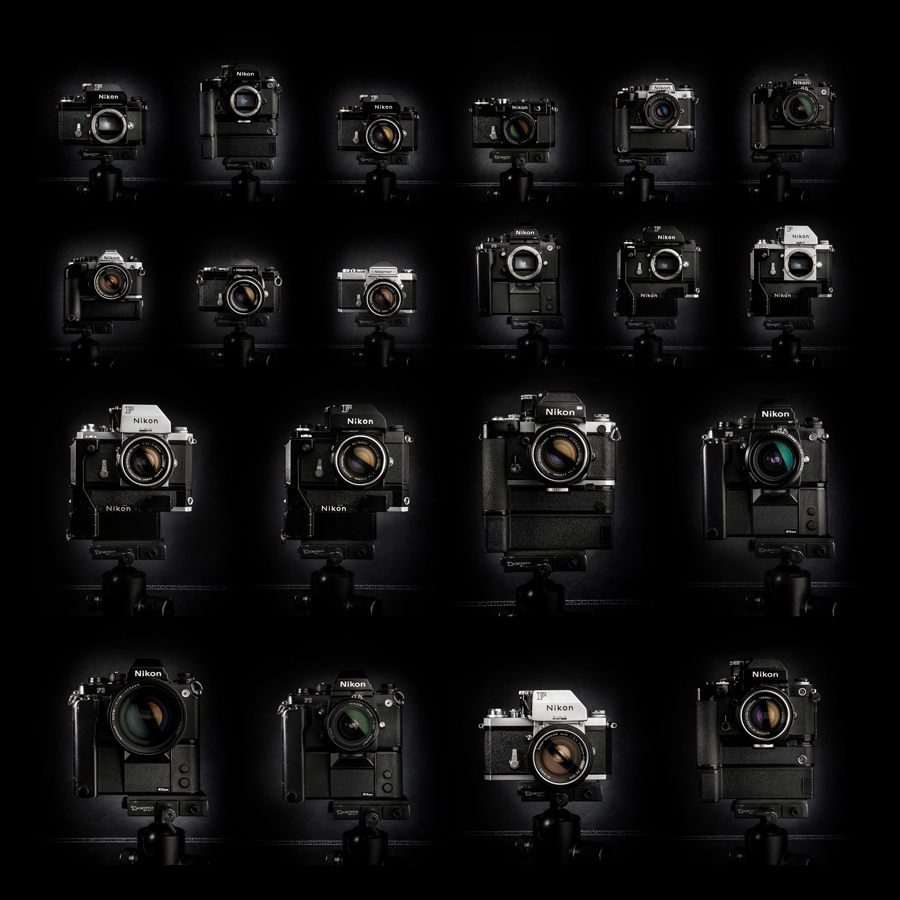 "Over the years I have not only kept all the camera's that I have shot on but also actively searched for camera's that both inspire me and that fascinate me. Sometimes these have been camera's that as a younger man I aspired to shoot with such as the Rolleiflex and Hasslblads but also camera's that have 'experienced' life, that have seen things in their own lifetime and have some history to their very presence in this world, such as the older Nikon F2's that served time with correspondents in wars such as Vietnam. For me these hold a fascination in themselves in that they were the very tools used to show the world some of the most important images of that time in our history. It is for me an honour and a privilege to be able to take these and restore them back to full use and once again breathe live back into them by shooting film through then once more."

"Photography for me a journey rather than a destination and my love of film affair with film will carry on for the rest of my life along with my passion for some of the iconic camera's that act act as the gateways between that we see in front of us and what we capture with the light through our lens. For many years my personal statement towards photography has always been that 'out there shooting is where things happen', and this will always be how I view my life, my future, the world, and how I can represent my view of that world through my lens" 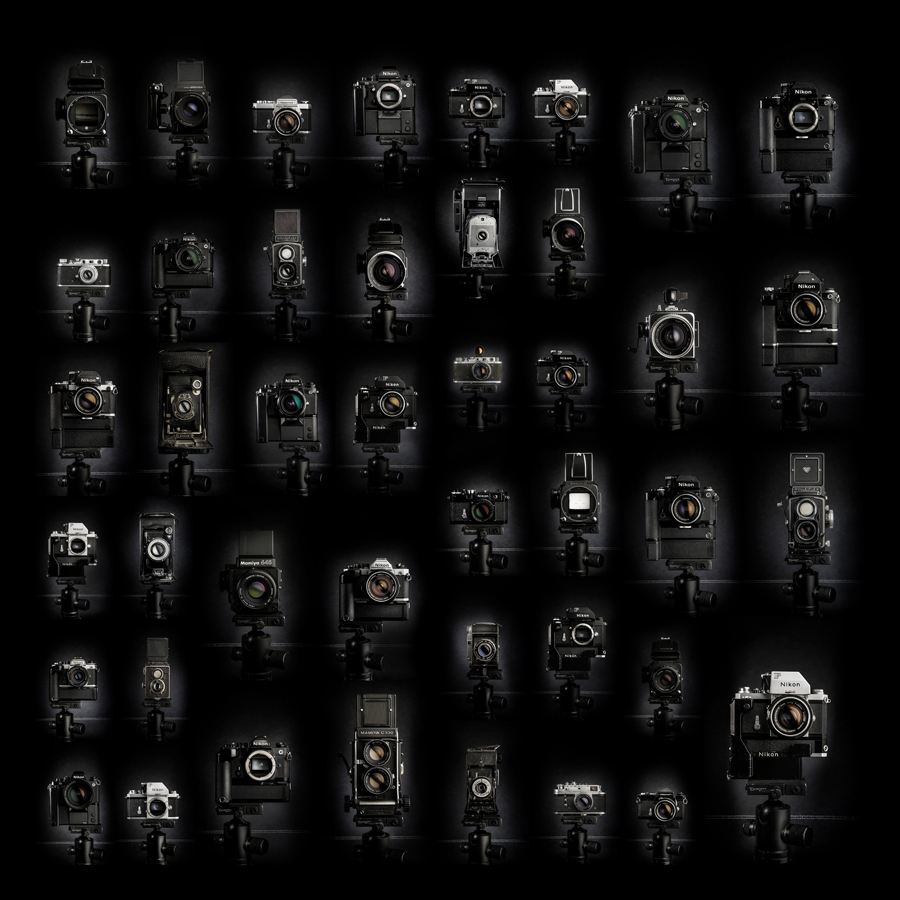