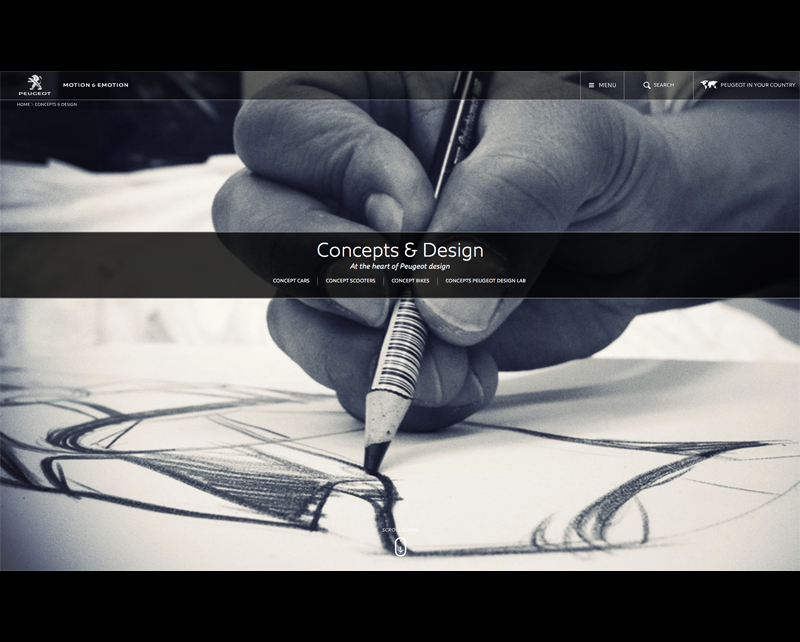 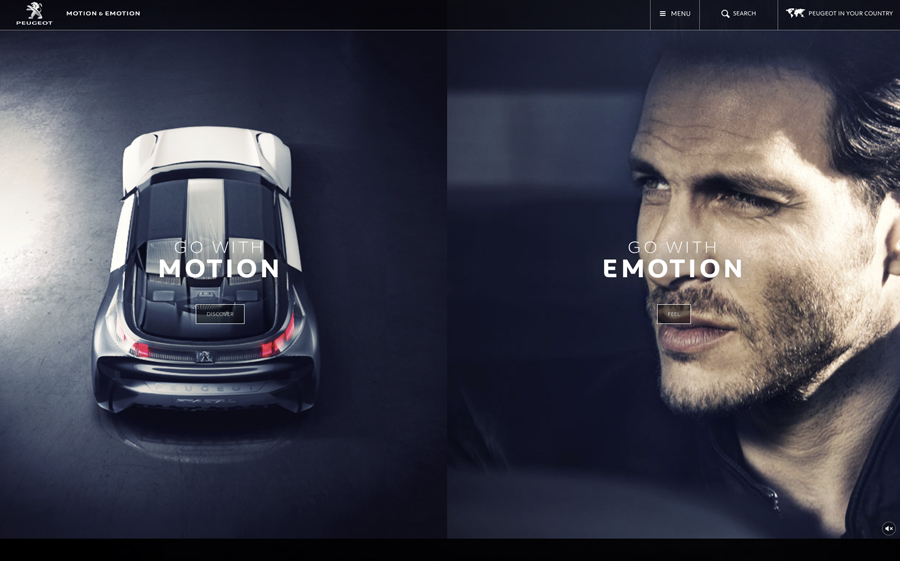 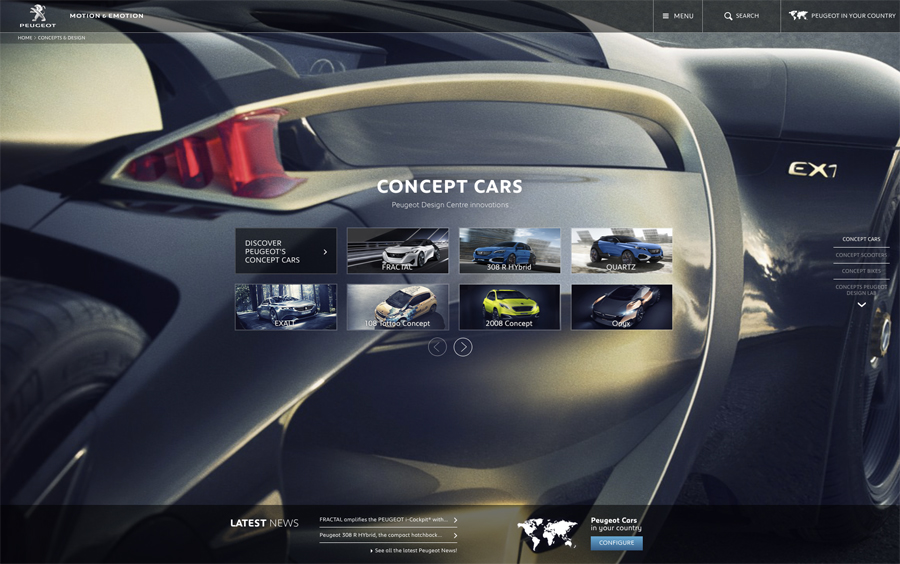 Tim "Peugeot is a great client from my perspective as the design team is very strong indeed and they have great vision for how they want to sculpt the photography around their product and branding. At Peugeot it is very much all about 'emotion' so when they first approached me through their production company it was a very quick fit from a style point of view. Shooting any campaign is a large and involved process and shooting their new concept was something that I was personally very happy to be involved with. As with any type of worldwide campaign its crucial to ensure that everything is planned and worked out well in advance so that during the days of actual shooting the team can concentrate fully on creating and producing the photography that is required. I was very lucky to have Cream Production based in Paris taking control for this shoot, the team there are both dedicated and vastly creative and having such a well organised production house involved can really help to make sure that as a whole the project gets the very best result possible for the client." 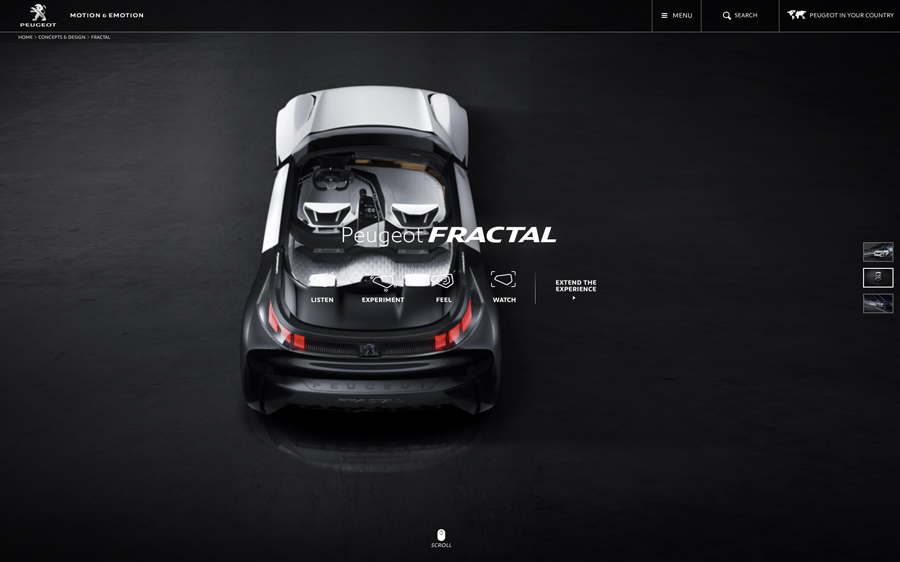 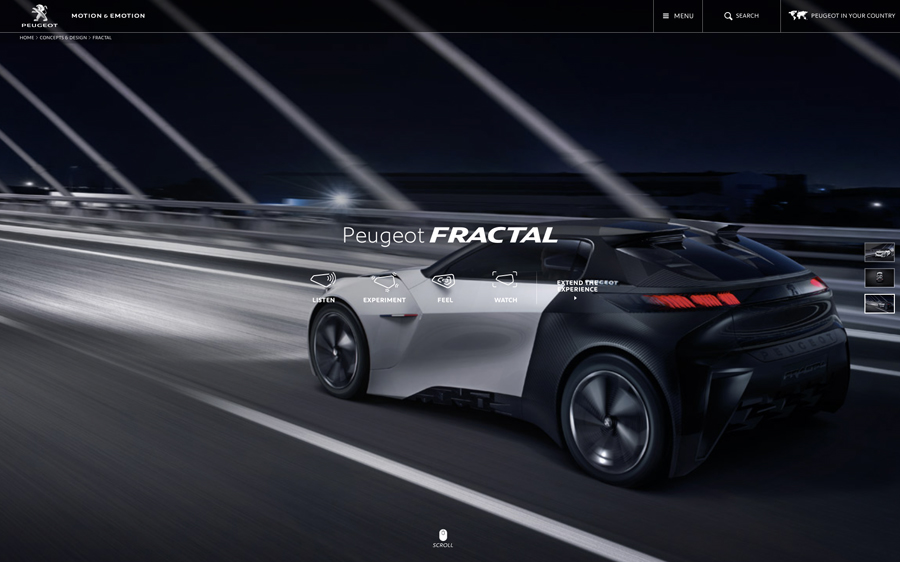 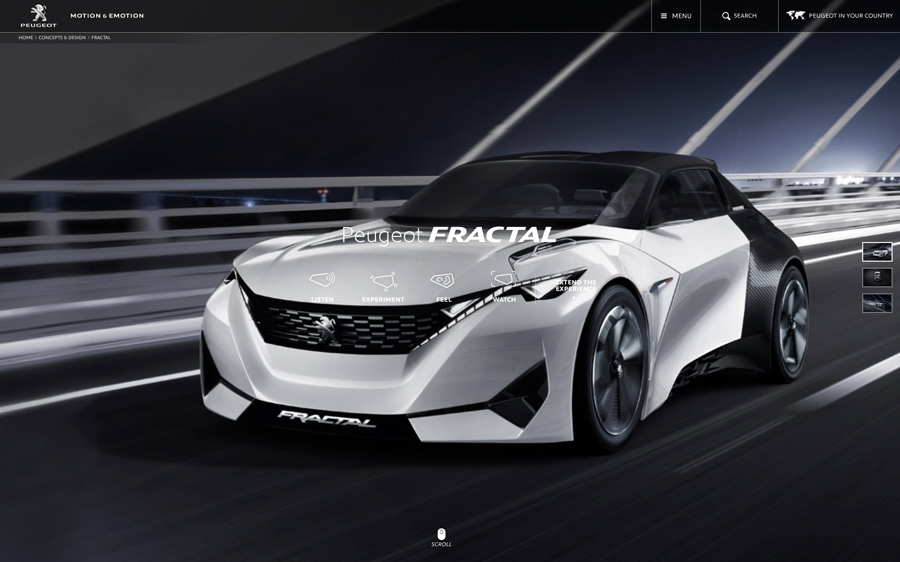 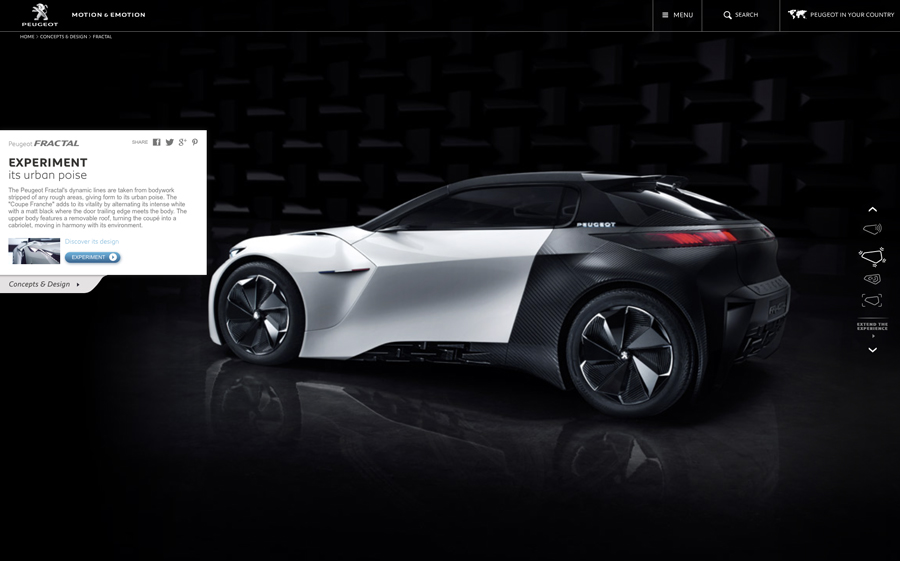 The Fractal
Peugeot revealed the second generation of its i-Cockpit interior design language with this Fractal concept at the Frankfurt motor show.
The two-door, four-seat concept, described as an ‘urban coupé’, is powered by two 168bhp electric motors - one located on each axle - with a combined output of 335bhp.
The Fractal has a range of up to 280 miles on a single charge with motors that are fed from a lithium ion battery pack mounted in the centre of the car. Measuring 3.81m long by 1.77m wide, the concept, which features a removable roof, sits on 19in ‘Tall&Narrow’ wheels and weighs just 1000kg. The Fractal can hit 62mph from rest in 6.8sec. The minimalist cabin features a small steering wheel with integrated touchpads that can be used to control most infotainment functions. 80% of the interior has been created using 3D-printed components. The design was inspired by the materials and surfaces used in auditoriums and recording studios. The Fractal features a next-generation sound system, which Peugeot designed to create the illusion of direction with sound, such as when delivering navigation instructions. The seats of the concept feature a ‘tactile’ system for delivering bass sound. 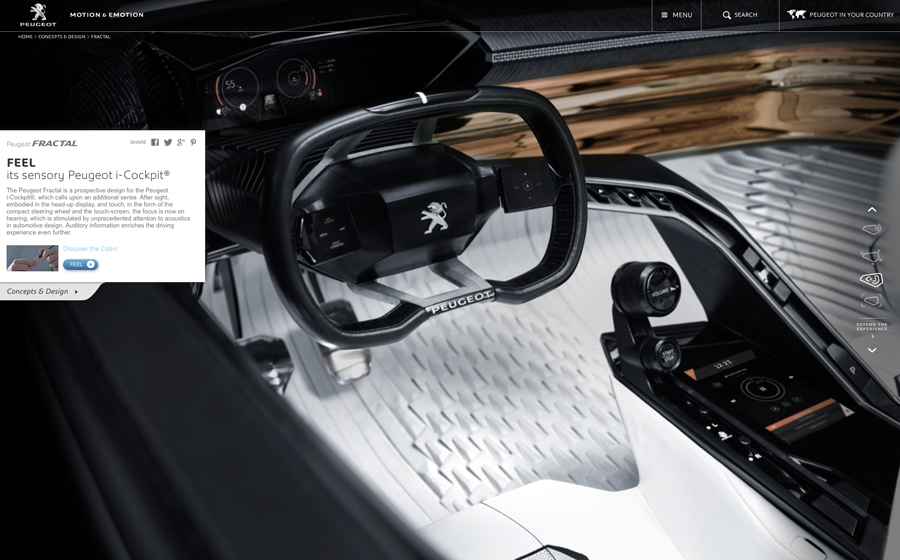 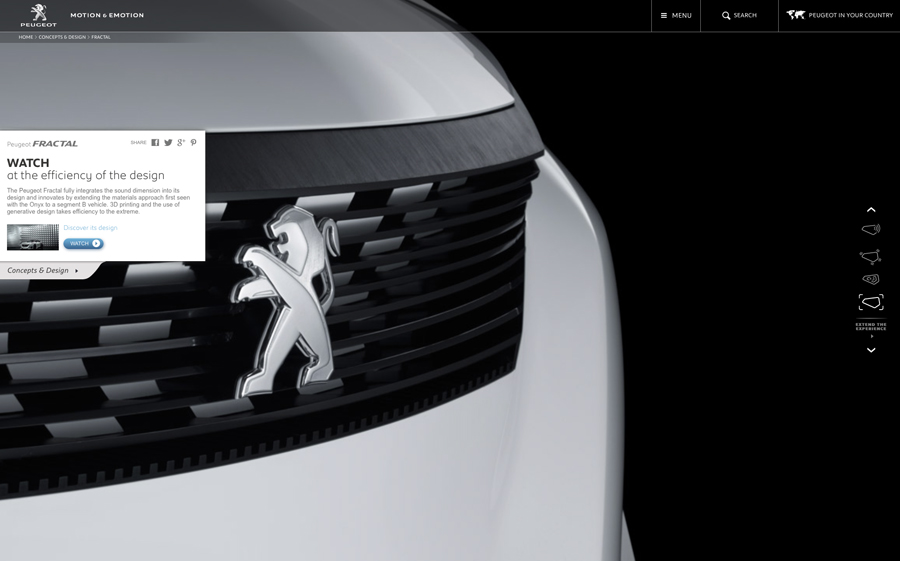