'Raising a Smile' for the Homeless is a great success 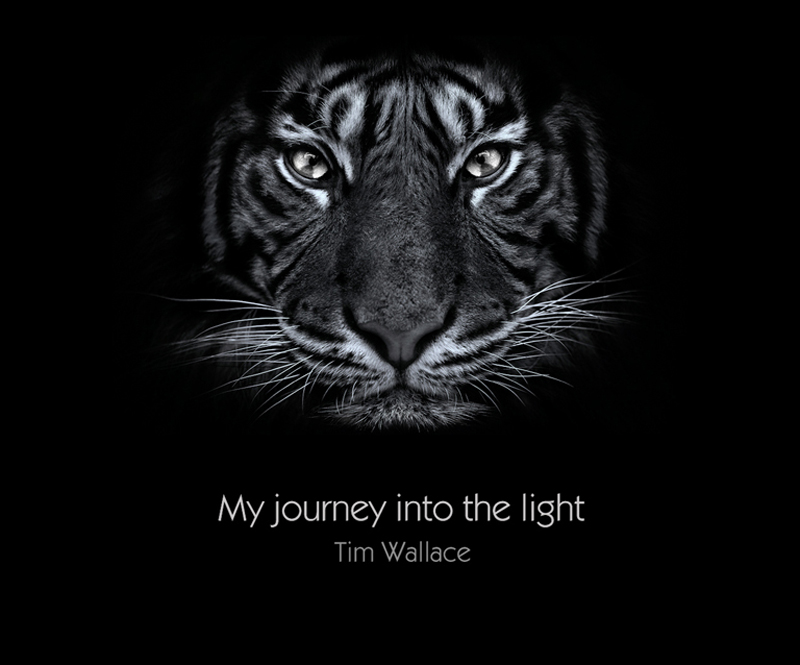 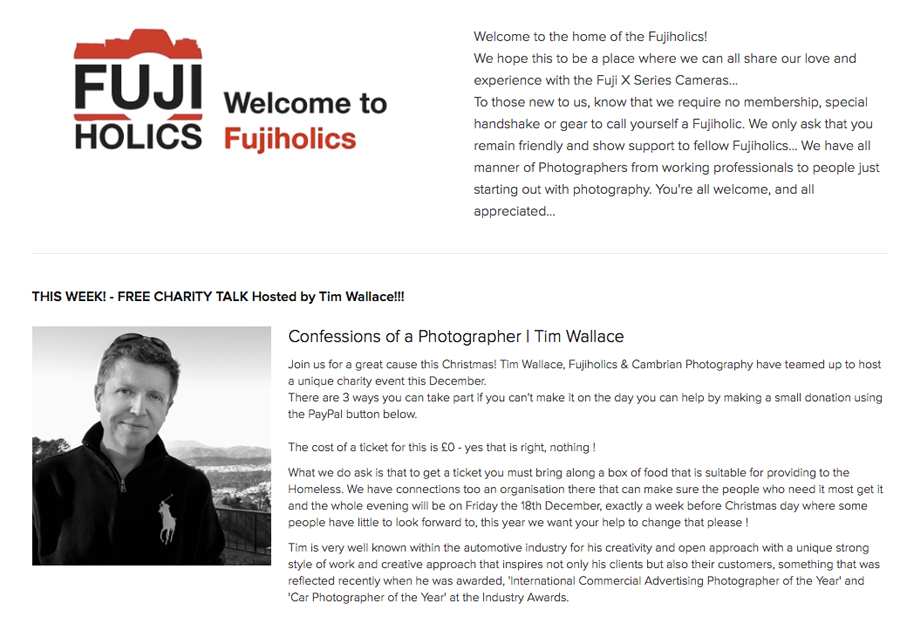 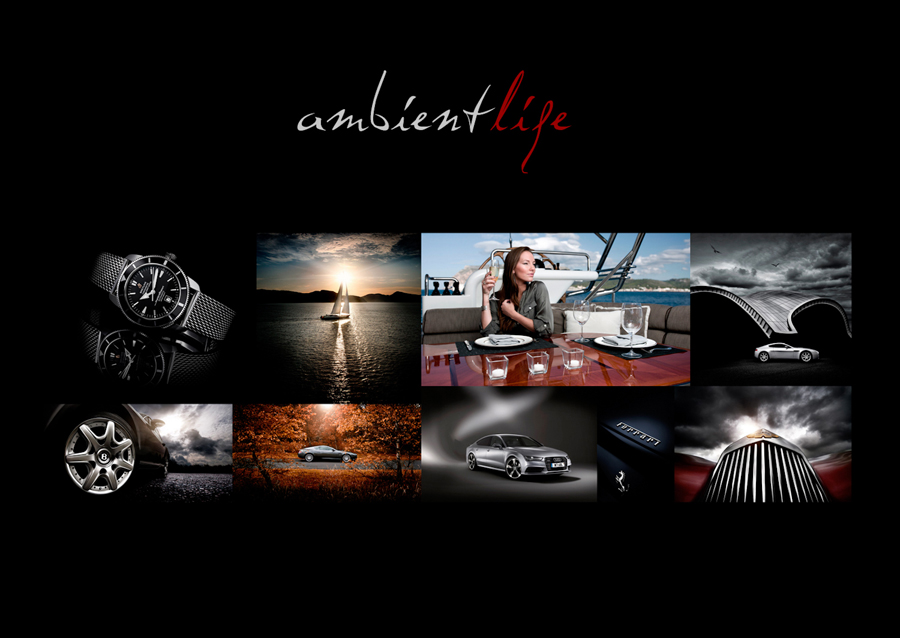 Tim - "It was only three weeks ago that during a phone call about some seminars that I am planning with Fuji next year that I came up with the idea of doing something to raise awareness and some additional food for the homeless in the community. The guys at the Fujiholics team were amazing and we quickly put together a webpage and mechanism so that we could promote this globally and also collect the food and get that to the people that really needed it this Christmas. I was really pleased to be able to work with the amazing Sarah Jones who helps with the 'Well Spring' group and 'The King’s Storehouse Food Bank' who work with the homeless to help and support them so very well, giving them a helping hand.

The night was a great success though we did need to do this on a the last Friday before christmas and we were not too sure of the response that we would get. Not only did we manage to raise a mountain of food, that has since been sorted and is now being distributed to those that it will help, but also we added a 'donate' button to the event webpage and this in itself managed to raise a few thousand pounds with money that was donated from literally across the world from as far away as the US and Asia. Also on the night Tim held a silent auction for a signed print of a Aston Martin that was framed and donated by One Vision Ltd. The additional money that this raised on the evening was added to those donations already received and those funds will be going to buy new sleeping bags and camp beds for people in need.

Overall it was really touching and humbling to see the amazing response to this in such a short time and I am extremely grateful to all those that attended this and supported it through donations, thank you and have an amazing christmas!" 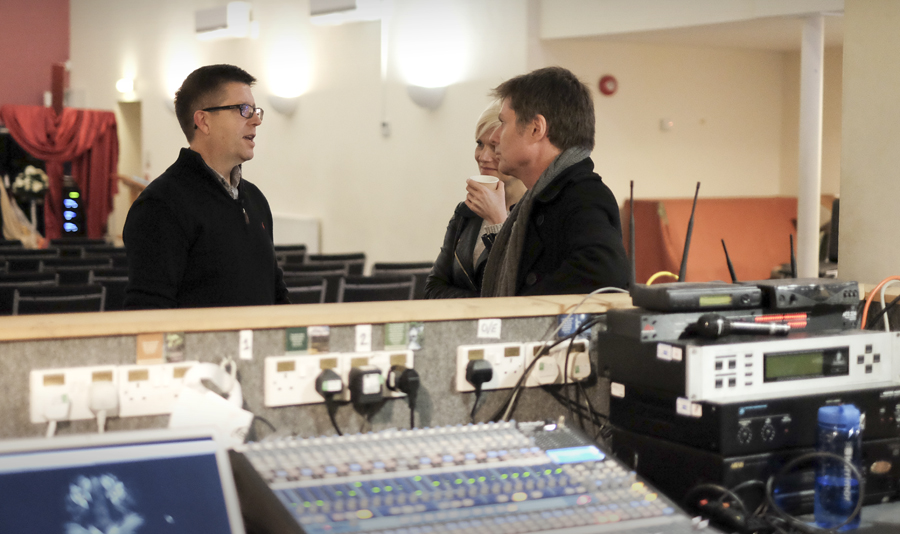 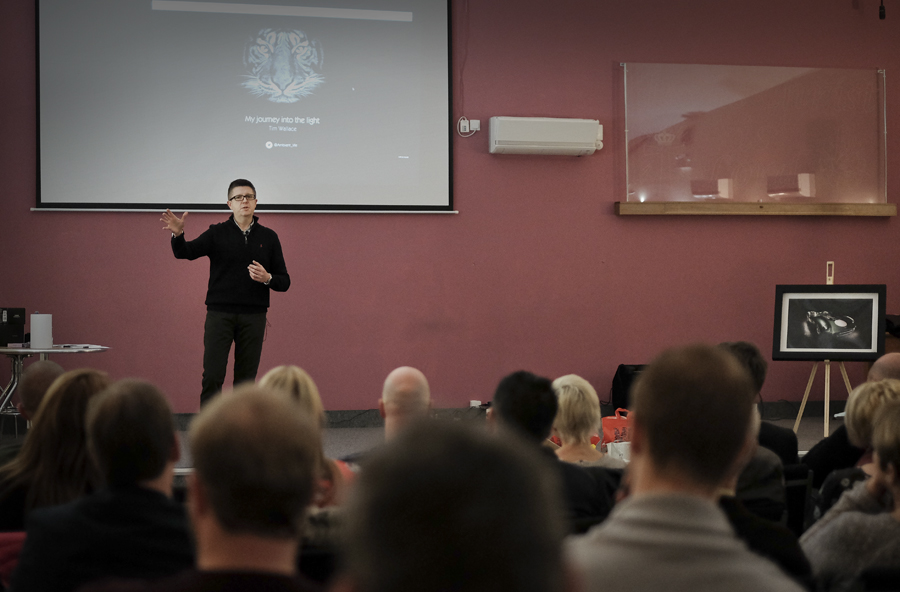 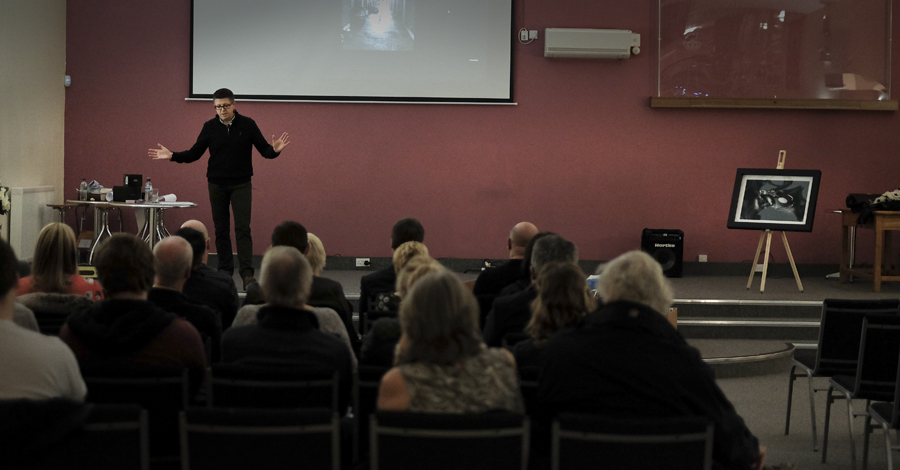 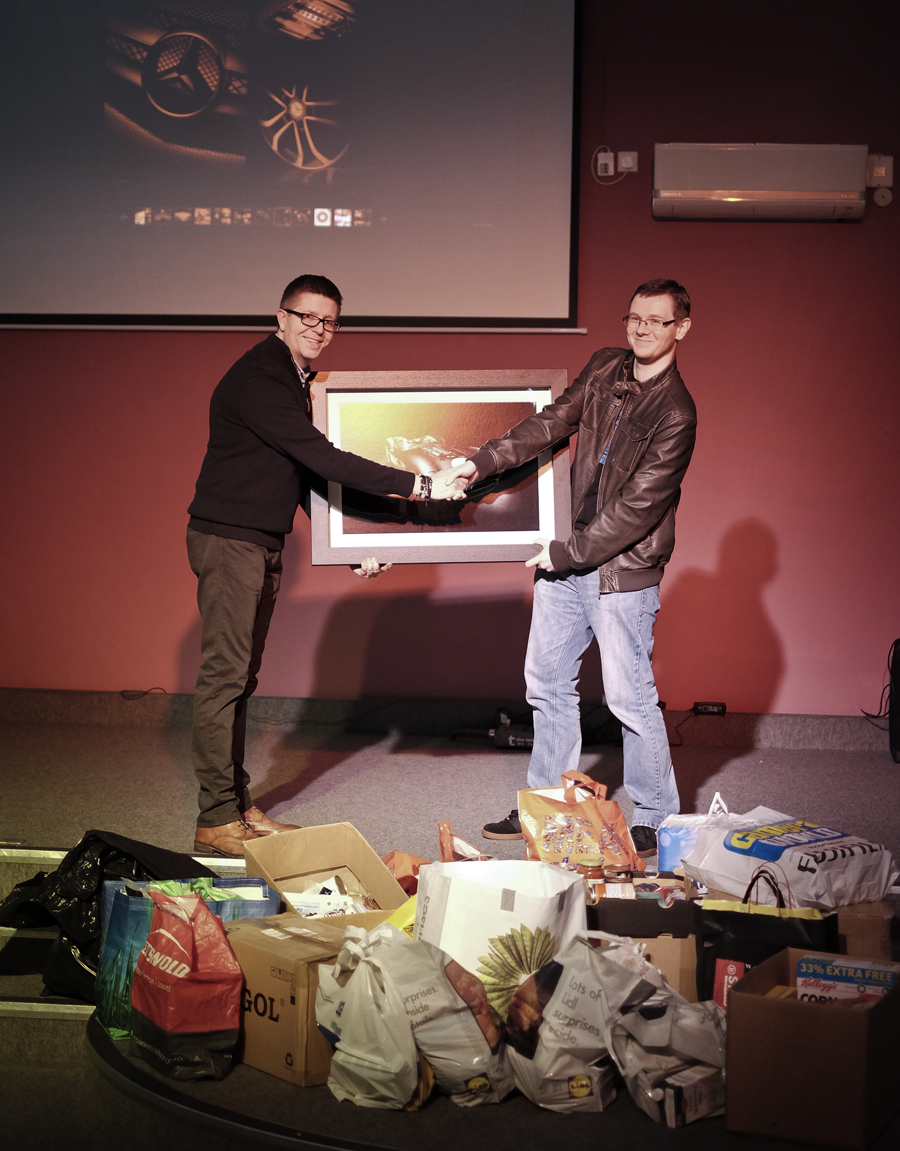