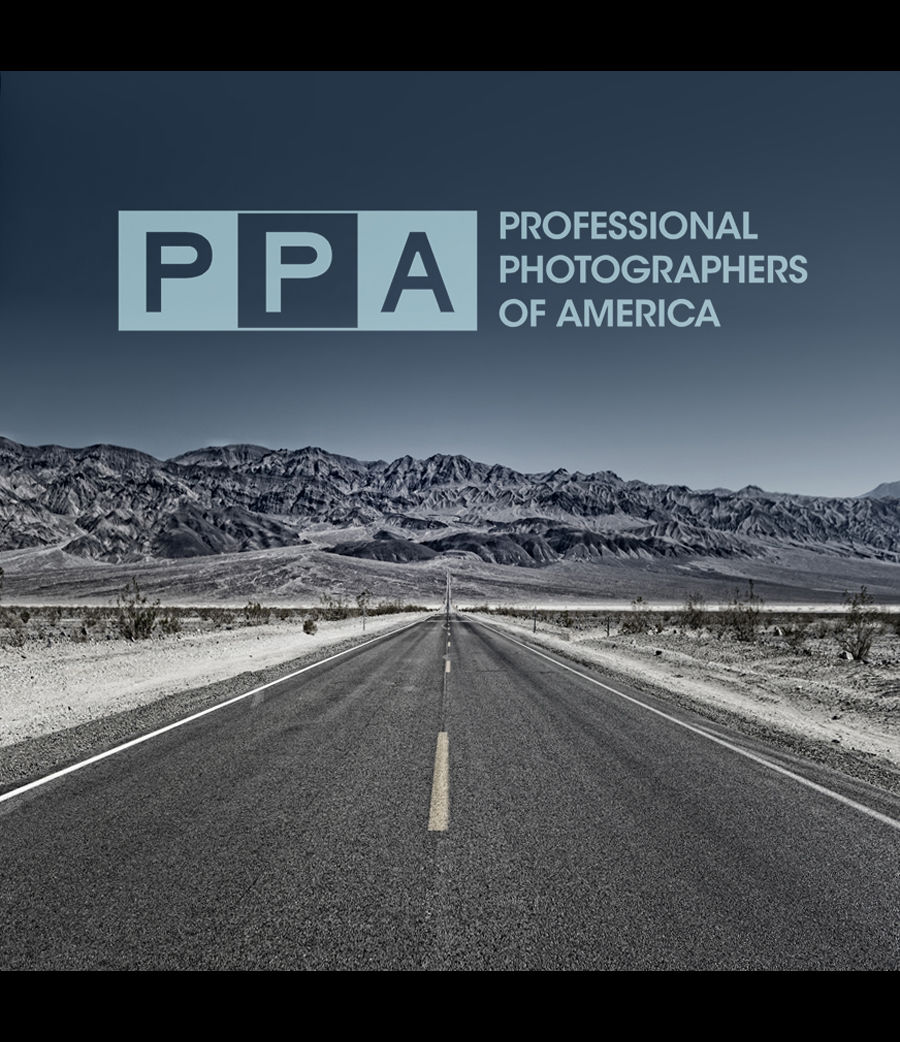 Professional Photographers of America launched their July Edition today of their PPA Magazine with a feature length interview looking at some of the work of photographer Tim Wallace.
28/06/2019
PPA Feature Interview with Tim Wallace 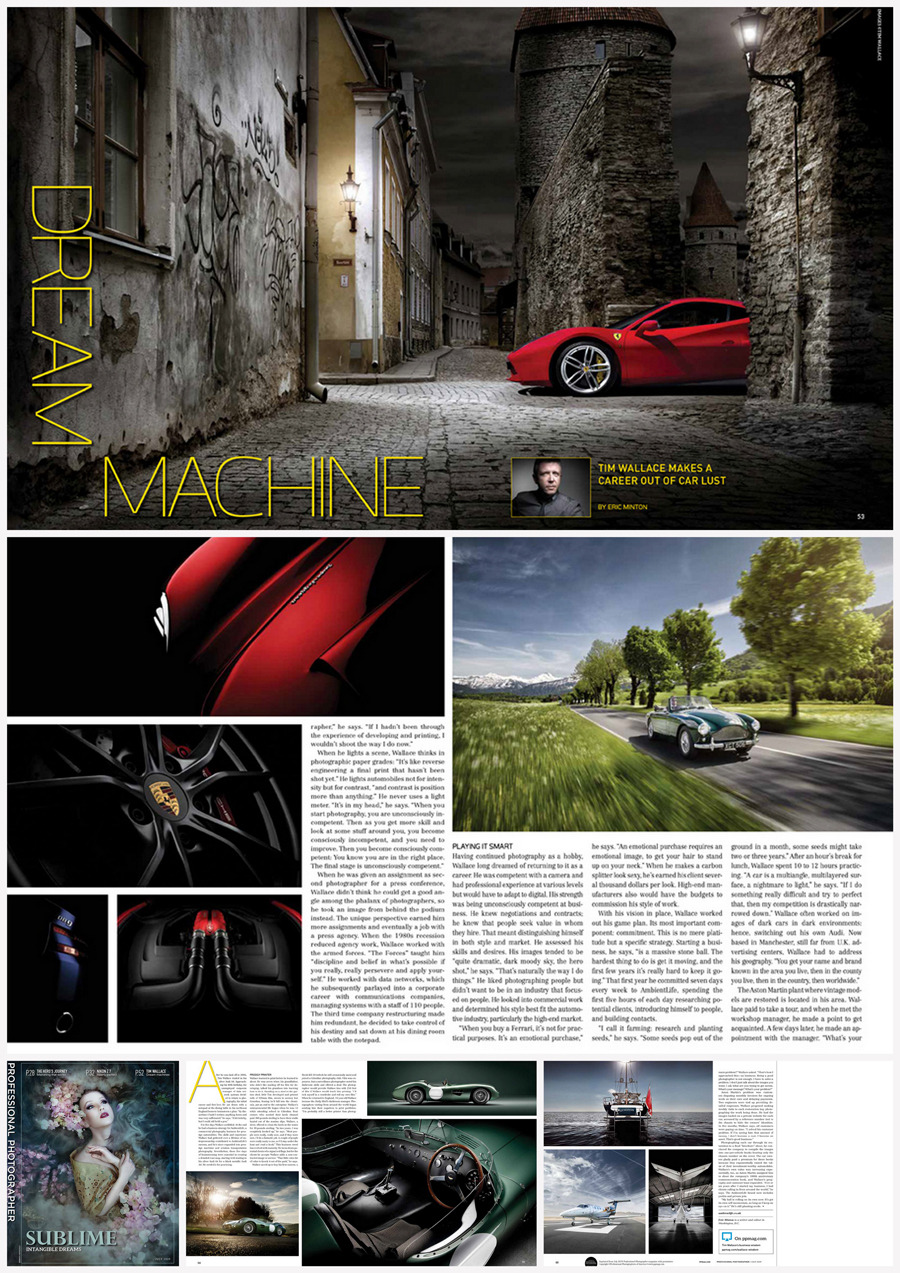 After he was laid off in 2006, Tim Wallace traded in his silver Audi A4. Approaching his 40th birthday, the unemployed corporate manager of data network systems decided to return to photography, his initial career and first love. He sat down with a notepad at the dining table in his northeast England home to brainstorm a plan. “By dinnertime I hadn’t written anything down and was very caffeinated,” he says. “A bit twitchy, but I could still hold a pen.”

For five days Wallace scribbled. At the end he had a business strategy for AmbientLife, a commercial photography business for prestige automobiles. The skills and experience Wallace had gathered over a lifetime of entrepreneurship contributed to AmbientLife’s success, and he’s since expanded into prestige maritime and aviation transportation photography. Nevertheless, those five days of brainstorming were essential in creating a detailed road map, starting with trading in his silver Audi A4 for a black metallic Audi A4. He needed it for practicing.

Wallace got his first camera, a Ricoh KR-10 (which he still occasionally uses) and joined a Gibraltar photography club. Film was expensive, but a surveillance photographer noted his darkroom skills and offered a deal: The photographer would provide Wallace tins with 250 feet of film if Wallace would print with him. “I’d lock myself in a wardrobe and roll my own film.” When he returned to England, 18-year-old Wallace became the Daily Mail’s darkroom manager for the Western Morning News Newspaper. Photographers visiting from around the world began sending him their negatives to print portfolios. “I’m probably still a better printer than photographer,” he says. “If I hadn’t been through the experience of developing and printing, I wouldn’t shoot the way I do now.”

When he lights a scene, Wallace thinks in photographic paper grades: “It’s like reverse engineering a final print that hasn’t been shot yet.” He lights automobiles not for intensity but for contrast, “and contrast is position more than anything.” He never uses a light meter. “It’s in my head,” he says. “When you start photography, you are unconsciously incompetent. Then as you get more skill and look at some stuff around you, you become consciously incompetent, and you need to improve. Then you become consciously competent: You know you are in the right place. The final stage is unconsciously competent.”

When he was given an assignment as second photographer for a press conference, Wallace didn’t think he could get a good angle among the phalanx of photographers, so he took an image from behind the podium instead. The unique perspective earned him more assignments and eventually a job with a press agency. When the 1980s recession reduced agency work he shifted career into data networks, which he subsequently parlayed into a corporate career with communications companies, managing systems with a staff of 110 people. The third time company restructuring made him redundant, he decided to take control of his destiny and sat down at his dining room table with the notepad.

Having continued photography as a hobby, Wallace long dreamed of returning to it as a career. He was competent with a camera and had professional experience at various levels but would have to adapt to digital. His strength was being unconsciously competent at business. He knew negotiations and contracts; he knew that people seek value in whom they hire. That meant distinguishing himself in both style and market. He assessed his skills and desires. His images tended to be “quite dramatic, dark moody sky, the hero shot,” he says. “That’s naturally the way I do things.” He liked photographing people but didn’t want to be in an industry that focused on people. He looked into commercial work and determined his style best fit the automotive industry, particularly the high-end market.

“When you buy a Ferrari, it’s not for practical purposes. It’s an emotional purchase,” he says. “An emotional purchase requires an emotional image, to get your hair to stand up on your neck.” When he makes a carbon splitter look sexy, he’s earned his client several thousand dollars per look. High-end manufacturers also would have the budgets to commission his style of work.

With his vision in place, Wallace worked out his game plan. Its most important component: commitment. This is no mere platitude but a specific strategy. Starting a business, he says, “is a massive stone ball. The hardest thing to do is get it moving, and the first few years it’s really hard to keep it going.” That first year he committed seven days every week to AmbientLife, spending the first five hours of each day researching potential clients, introducing himself to people, and building contacts.

“I call it farming: research and planting seeds,” he says. “Some seeds pop out of the ground in a month, some seeds might take two or three years.” After an hour’s break for lunch, Wallace spent 10 to 12 hours practicing. “A car is a multiangle, multilayered surface, a nightmare to light,” he says. “If I do something really difficult and try to perfect that, then my competition is drastically narrowed down.” Wallace often worked on images of dark cars in dark environments: hence, switching out his own Audi. Now based in Manchester, still far from U.K. advertising centers, Wallace had to address his geography. “You get your name and brand known in the area you live, then in the county you live, then in the country, then worldwide.”

The Aston Martin plant where vintage models are restored is located in his area. Wallace paid to take a tour, and when he met the workshop manager, he made a point to get acquainted. A few days later, he made an appointment with the manager. “What’s your main problem?” Wallace asked. “That’s how I approached this—as business. Being a good photographer is not enough. I have to solve a problem. I don’t just talk about the images you want; I ask what are you trying to get across. What’s your message? What’s your problem?”

Aston Martin’s problem was customers disputing monthly invoices for ongoing work on their cars and delaying payments. Two engineers were tied up providing detailed responses. Wallace proposed making weekly visits to each restoration bay photographing the work being done. He had the images loaded on a private website for each car, accessed by a reference number tied to the chassis to hide the owners’ identities. In five months, Wallace says, all customers were paying on time. “I solved his customer problem. If I’m saving him that amount of money, I don’t become a cost, I become an asset. That’s good business.”

Photographing each car through its restoration to a final “brochure” shoot, he convinced the company to compile the images into one-per-vehicle books bearing only the chassis number on the cover. The car owners gladly paid a premium for these books because they exponentially raised the value of their investment-worthy automobiles. Wallace’s own value was increasing exponentially, too, as Aston Martin assigned him to shoot the company’s 100th anniversary commemoration book, and Wallace’s geography and customer base expanded. “Five or six years after I started my business, I had clients calling in from around the world,” he says. The AmbientLife brand now includes yachts and private jets.

“My ball is rolling on its own now. It’s got its own self-momentum, as long as I keep an eye on it.” He’s still planting seeds.


© Copyright Declaration
All images shown on this site are protected by
International Copyright Law and by the Copyright
Designs & Patents Act 1988.
Next
Previous