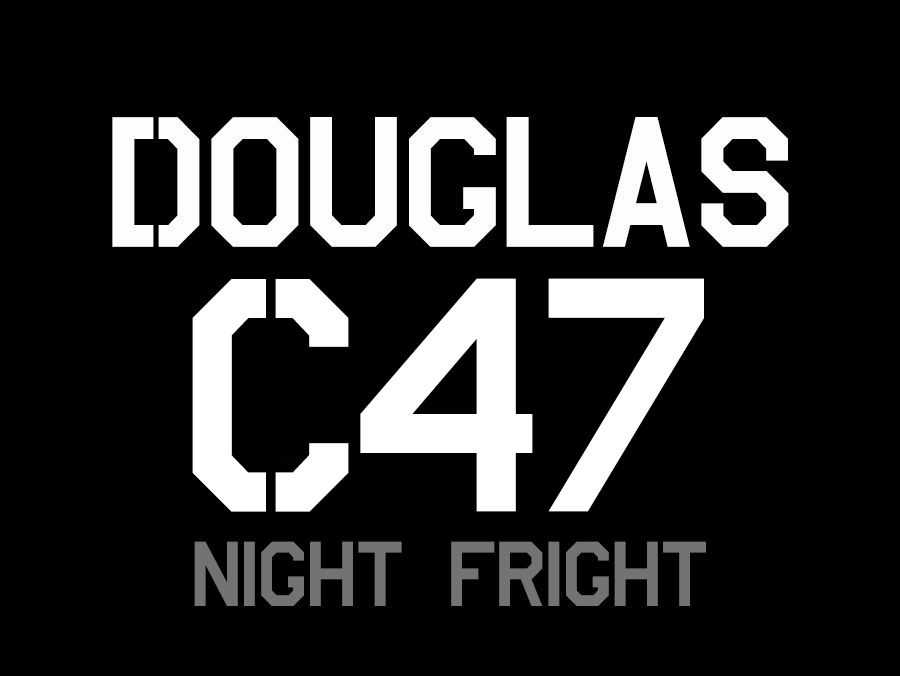 This week we were on location in the UK shooting the second in series of work for our client BBC studios and UKTV who currently in the process of filming a 7 part series 'Warbird' that is based around 7 key legendary vintage aircraft. We were asked to work with the team to produce all the stills photography for the series and work continued this week with the second aircraft in the series, the infamous Douglas C47 known as 'Night Fright'
02/10/2019
This is the second of 7 shoots that Tim has been commissioned by UKTV and BBC Studios to complete and this infamous Douglas aircraft will be seen in the series as it goes through its pain staking restoration in the UK. The imagery from the shoot that will be used within the series and its marketing as well as TV EPG placements etc.


"Four other pieces of equipment that most senior officers came to regard as among the most vital to our success in Africa
and Europe were the bulldozer, the jeep, the 2–ton truck, and the C-47 airplane.
Curiously, none of these is designed for combat.”

The C-47 42-100521 - known as "Night Fright" - was purchased by Philip and Charlie Walker of Walker Logistics in 2012. The Walker family purchase in the Membury Estate in 1993 and their interest in its wartime history led them to purchase the aircraft. Night Fright flew from Membury Airfield on D-Day as part of the 436th TCG, and suffered a number of hits during the night resulting in her being out of action for several days upon her safe return. Night Fright has now returned to the UK for restoration and return to flight. 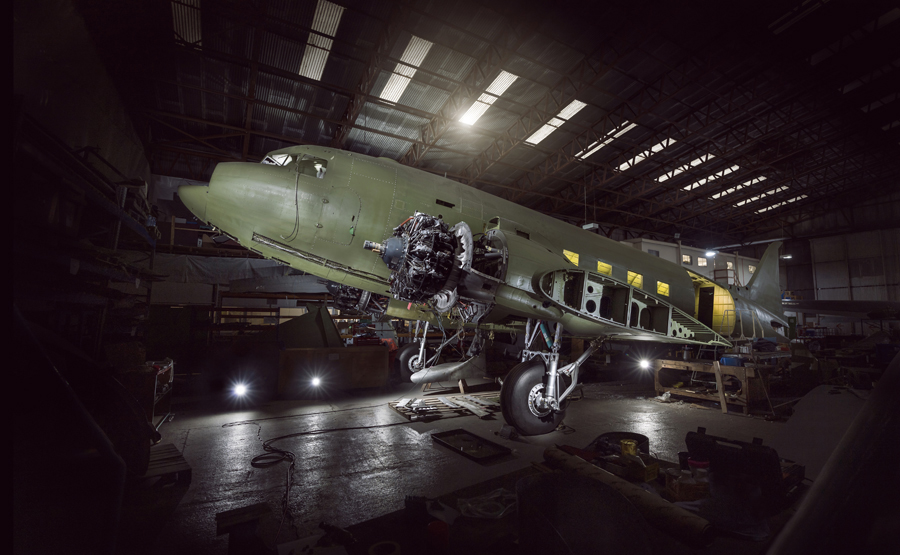 Nicknamed Night-Fright, this aircraft is a veteran of the D-Day campaign herself, flying from RAF Membury with the 79th Troop Carrier Squadron of the 436th Troop Carrier Group out of RAF Membury, near Lambourn in Berkshire, England.

RAF and USAAF transports flew in large formations on D-Day, with each having a specific Drop Zone (or a Landing Zone if they were towing gliders). With such a massive invasion, involving literally thousands of aircraft, the Ninth Troop Carrier Command assigned each of their aircraft formations a ‘Serial’ number to make it easier to give orders that everyone would understand. And within each ‘Serial’, each aircraft received a specific ‘Chalk’ number… a number literally written in chalk on the aircraft’s entry door. This kept things simple, so that each soldier would know which aircraft to board for the flight. On D-Day, Night Fright took part in Serial 10 as Chalk #38. They were taking part in Operation Albany, the 101st Airborne Infantry’s effort to capture five key locations in support of the American amphibious assault due to take place at ‘Utah Beach’ on the Cotentin Peninsular. Night-Fright’s crew consisted of Pilot; William Watson, Co-pilot; James Hardt, Radio Operator; Robert McKnight, Navigator; Arthur E. Thornton and Crew Chief; Owen Voss. They took off for the French coast at 0108 hrs early in the morning of June 6th, 1944 with elements of ‘A’ Battery from the 377th Field Artillery Battalion. They flew in Serial 10’s first vee of three, just off the right wing of Maj. John Kreyssler, the 79th TCS’ CO, in C-47A 43-15358 nicknamed Baby. 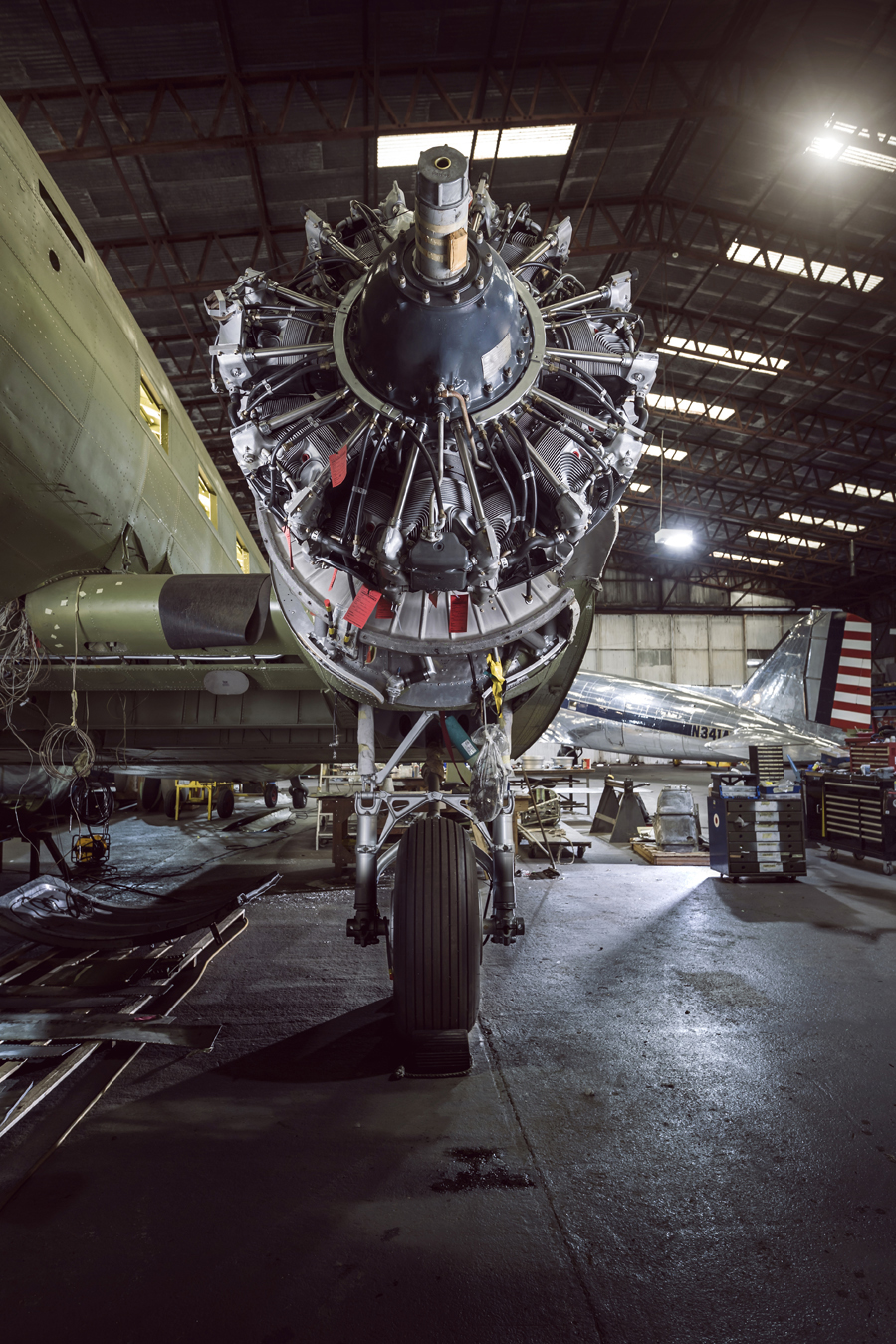 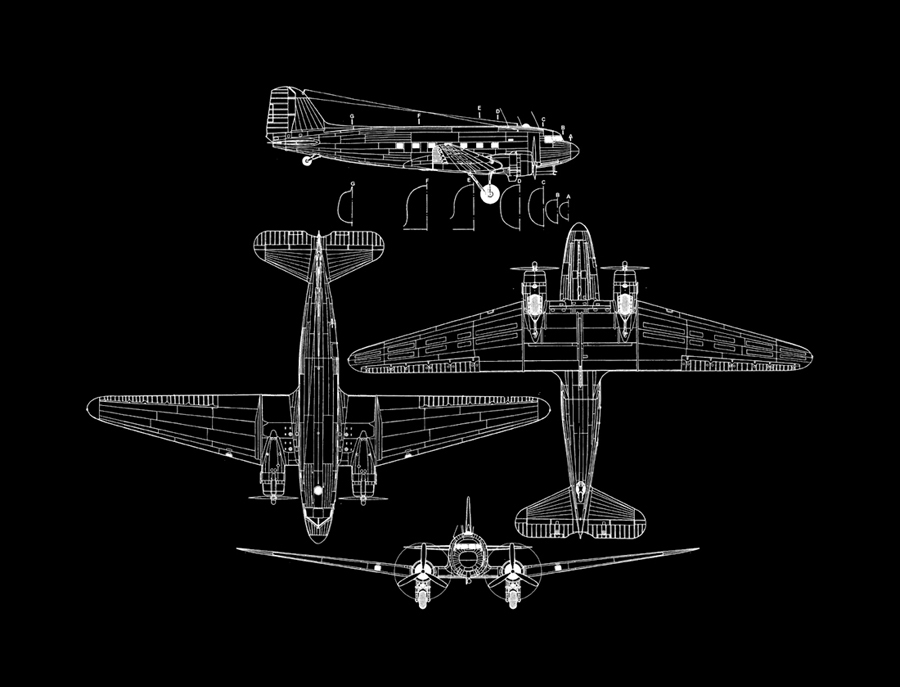 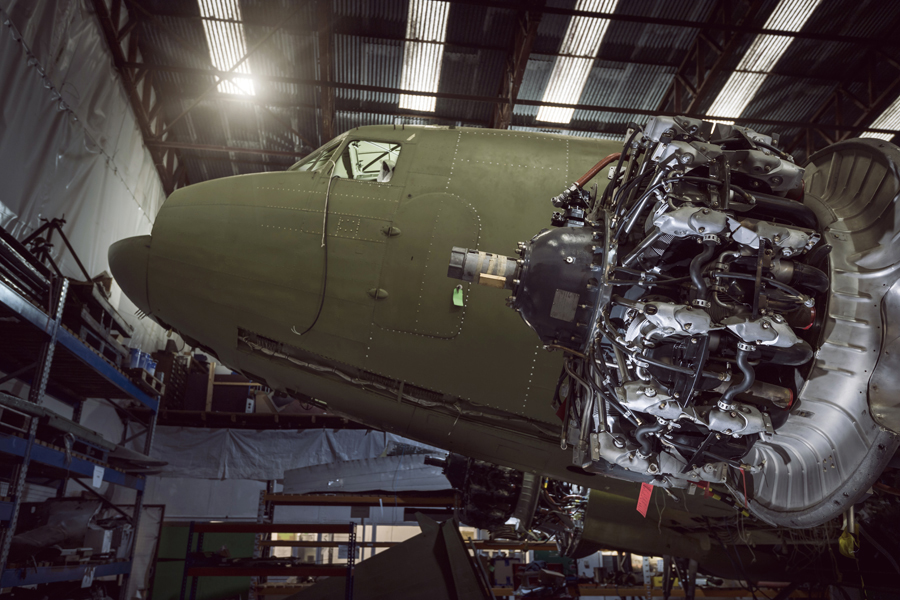 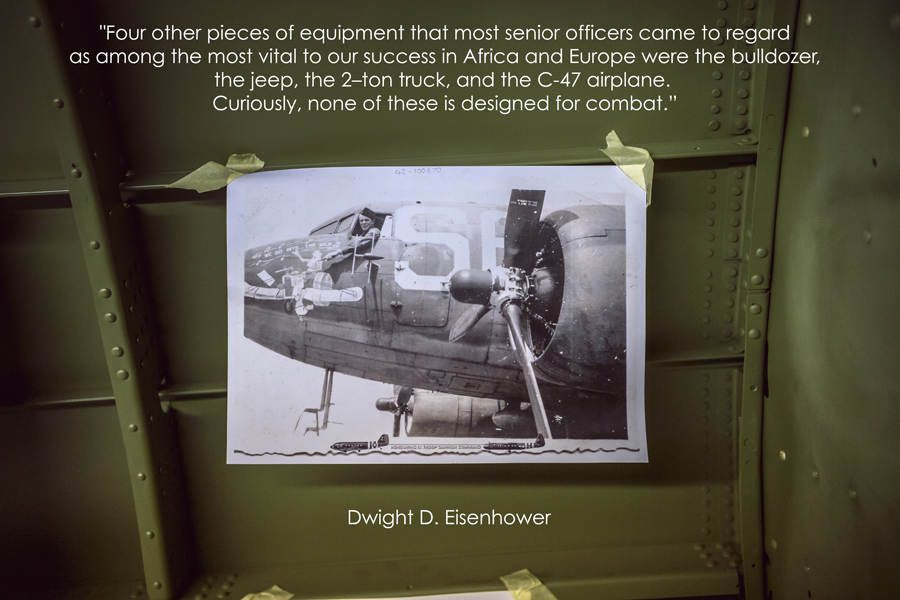 The mission is described as follows on Night-Fright’s website, “Many of the groups of Pathfinders encountered difficulties in setting up their homing beacons due to enemy troop concentrations, ground conditions, lost or damaged equipment and mis-drops. This meant that when serial #10 encountered heavy anti-aircraft fire and an unexpected cloud bank over the west coast of the Cotentin peninsular, their subsequent drop was widely scattered, as were a number of other such drops on the night. Chalk #38 most likely landed in a group with nine other sticks just to the north of St-Marcouf, some five miles north west of the intended drop zone ‘A’, which should have been set up to the south-west of Saint-Martin-de-Varreville but was actually set up close to Foucarville, a mile north of the intended location. The drop pattern map left shows just how scattered the unit was reported to have been, based on de-briefing reports taken from the Paratroopers upon their return to England, though this has been a contentious issue between the Troop Carrier members and Paratroopers ever since. Another problem came about when the packs that were to be pushed out prior to the troopers exit got wedged into the door frame on a number of aircraft, resulting in the troopers landing far from the DZs or requiring the aircraft to make additional passes and therefore increasing the risk of being hit by ground fire. One trooper witnessed a C-47 making three passes in trying to place its troopers on the correct spot. After a less eventful return flight, the Group’s aircraft all returned to Membury by 0353hrs.”

Night-Fright flew not one, but two missions on D-Day though, as she again took to the skies with many others from the 436th TCG towing gliders as part of Serial 32 in Operation Elmira, part of the re-supply and reinforcement mission for D-Day, and the final 82nd Airborne Infantry flight of the invasion. 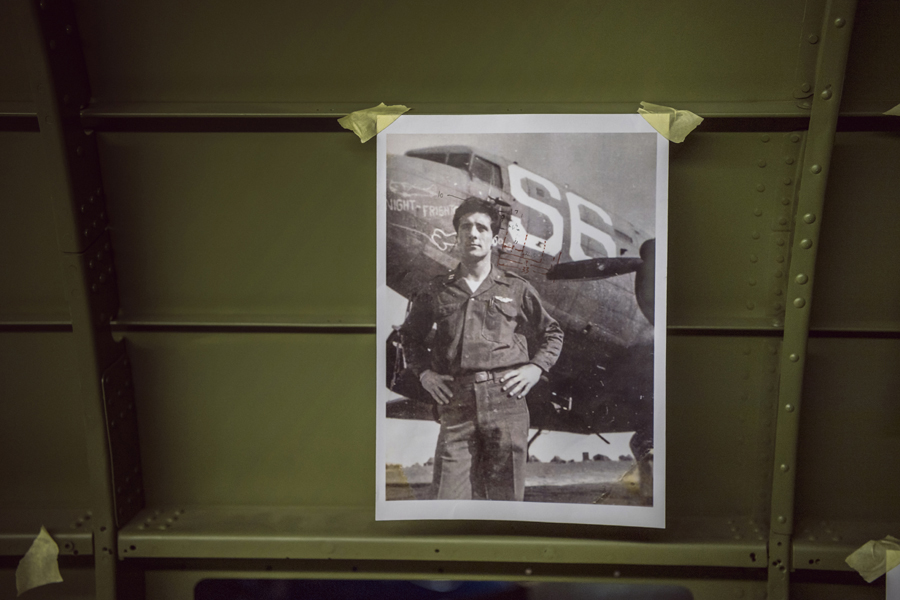 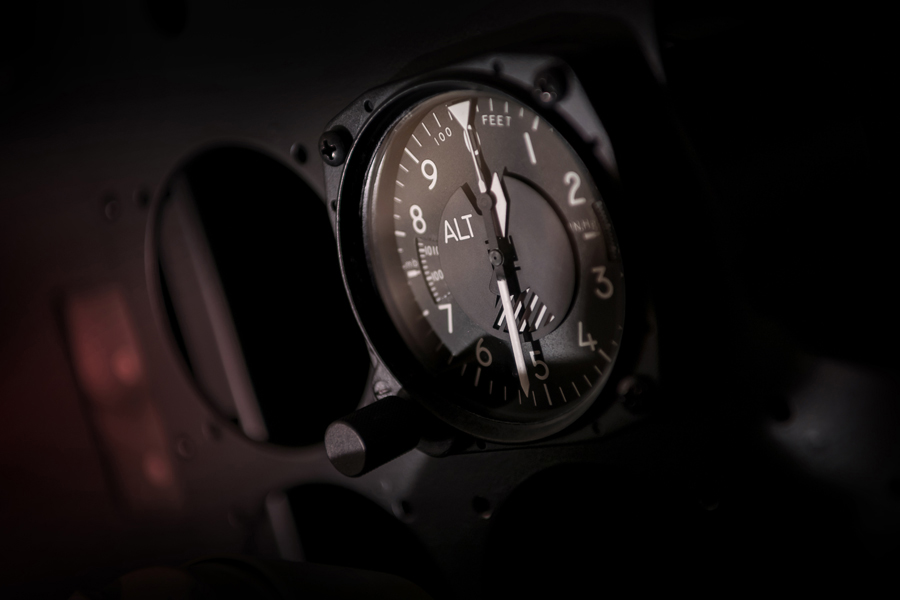 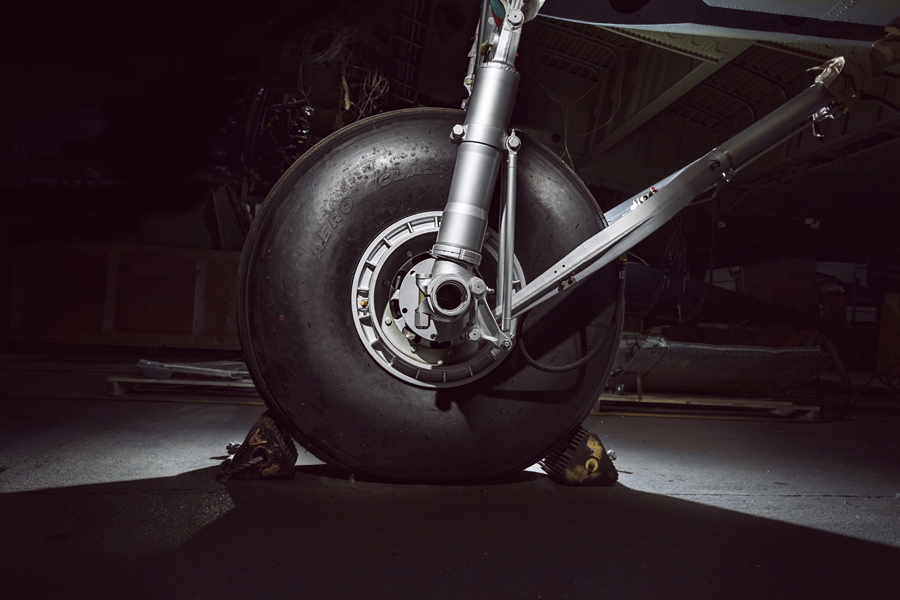 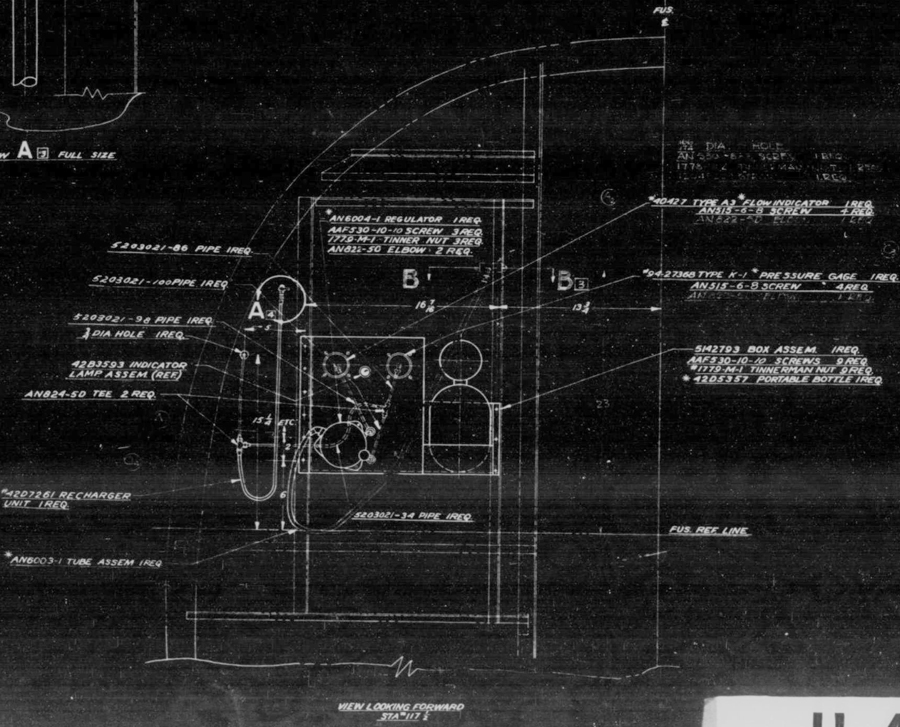 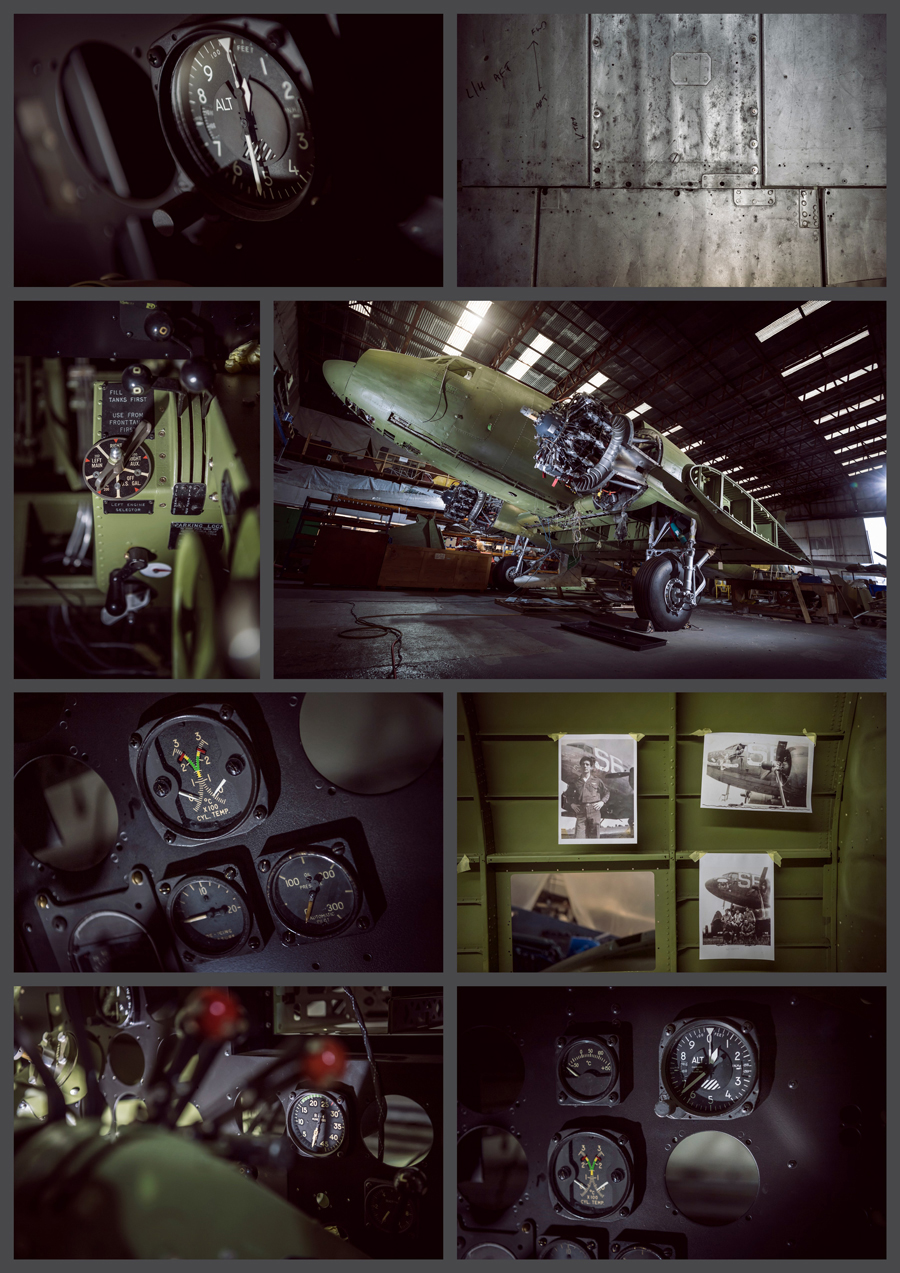 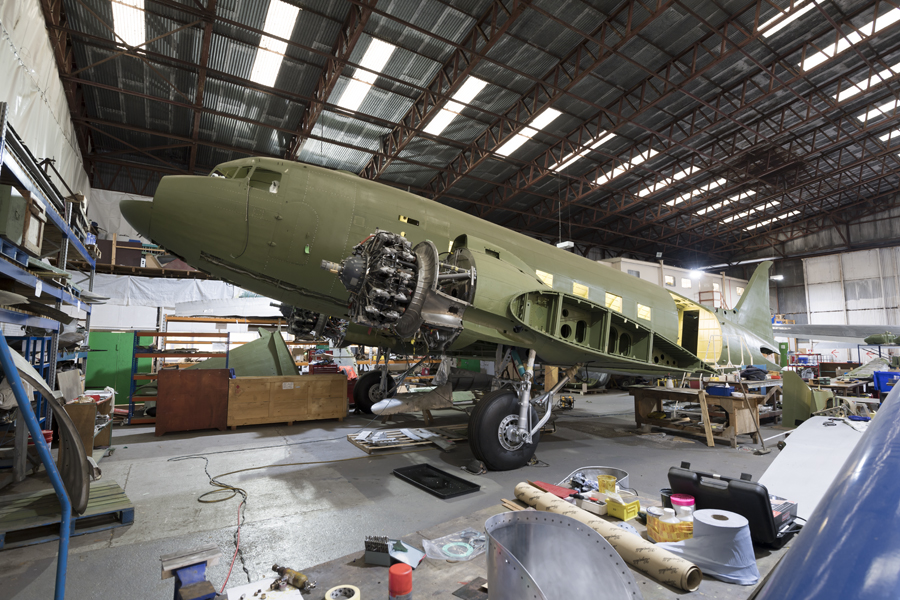 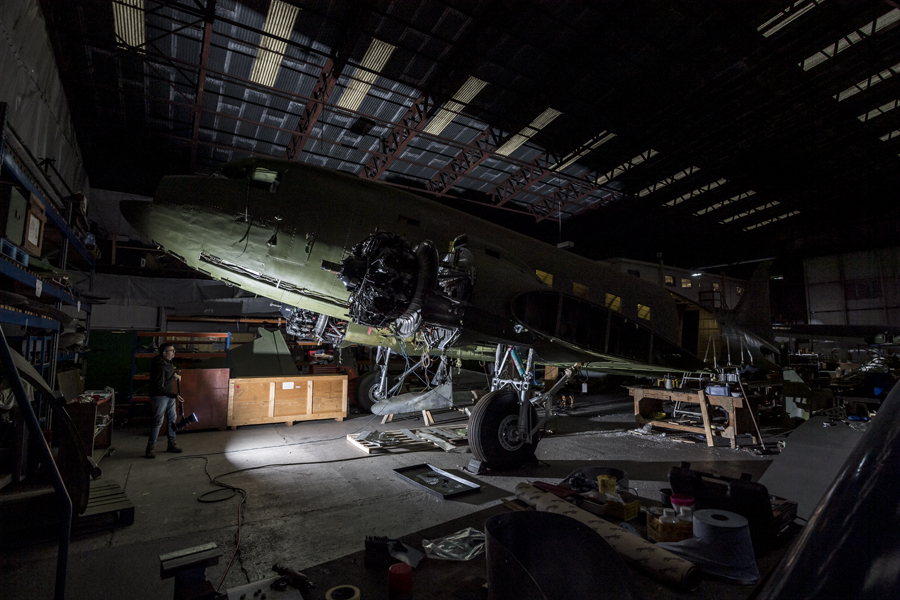 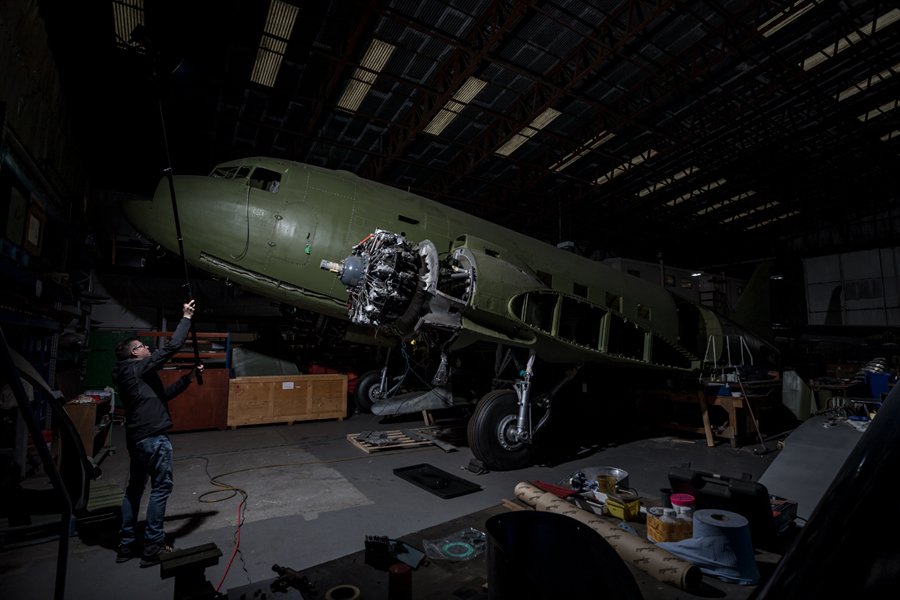 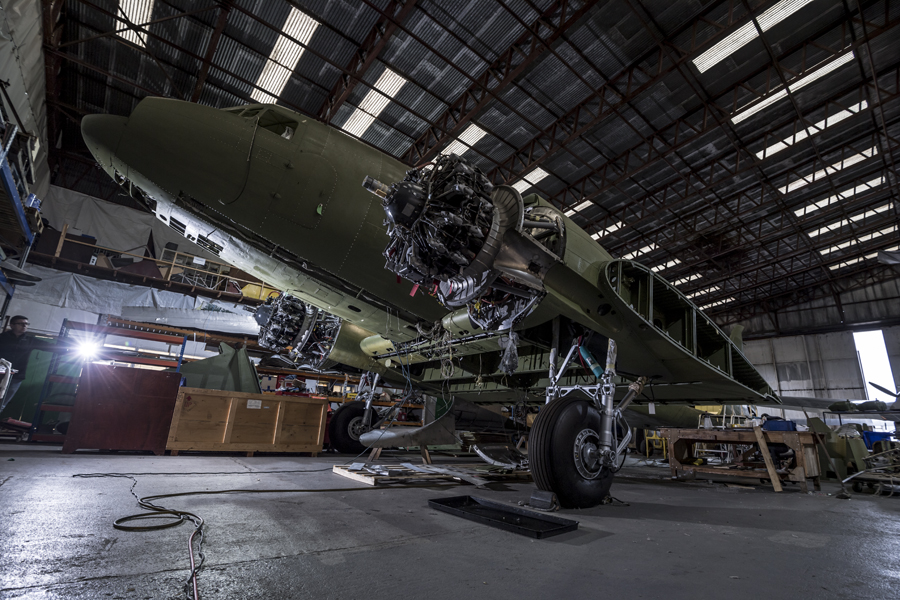