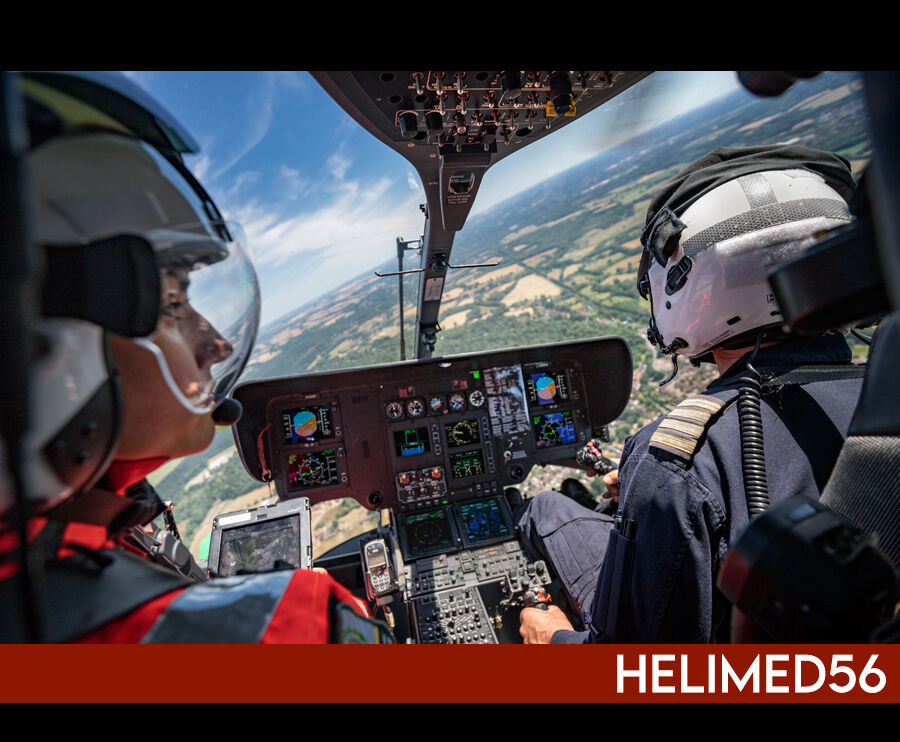 This week photographer Tim Wallace was back on live active duty with one of our UK based HEMs clients Hampshire and Isle of Wight Air Ambulance. Tim has worked with HIOWAA over the last few years and indeed undertook a series of CAA required Heli and Paramedia based training course so that he could fly live with the HELIMED crews to capture and document their crucial lifesaving work first hand. Tim is still the only photographer in Europe to ever work in this way with live crews and who is qualified to do so under strict CAA regulations.
21/07/2022 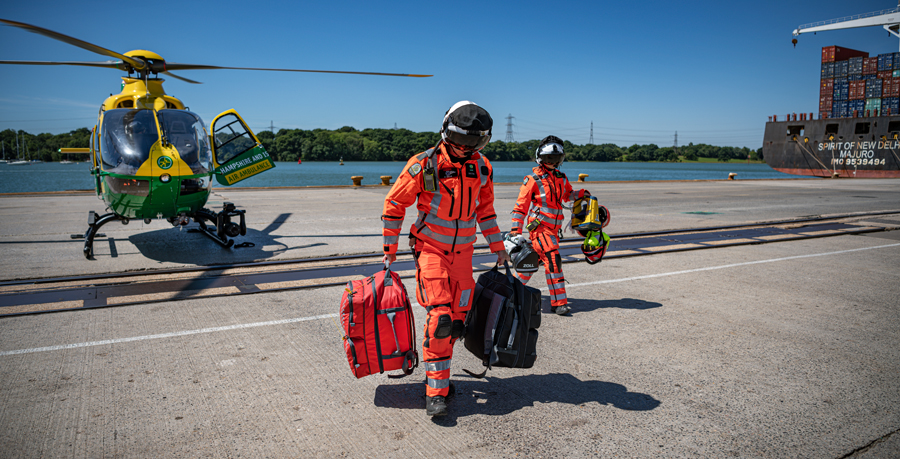 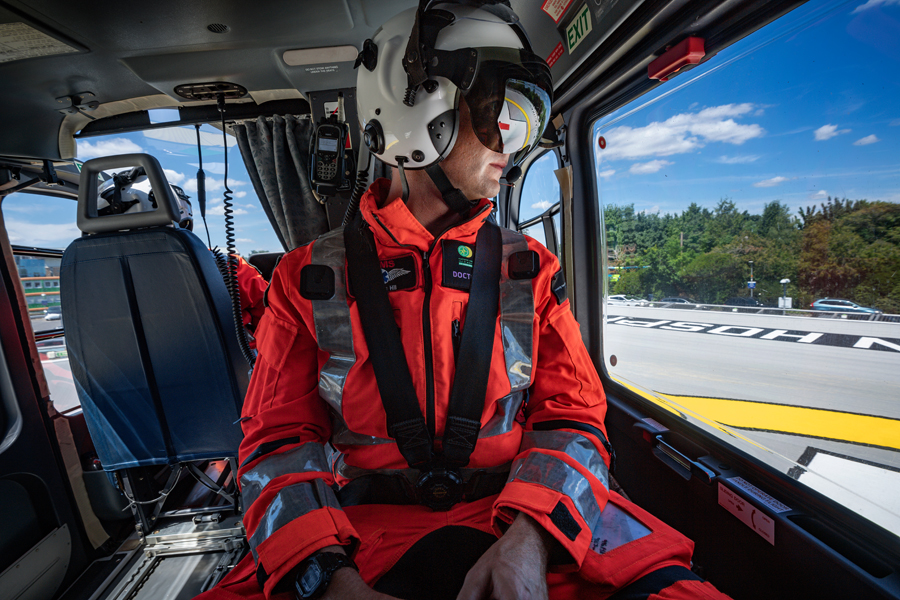 Hampshire and Isle of Wight Air Ambulance are a client that we work with to capture and record the work that they do through their Air Ambulance operation HELIMED 56. Photographer Tim Wallace has worked closely with the team over the last few years and completed all the required CAA authorised training that was required so that he can work directly with the HELIMED team during operations to get a first-hand view of what their day can entail.

Tim was embedded back into active duty this week and spent time working alongside the Doctors, Paramedics and Pilots of HELIMED56 to document their work and the incidents that they were called to respond too. All the work produced from this will be used to raise awareness of an operation that is entirely funded by donations from supporting businesses and members of the public. 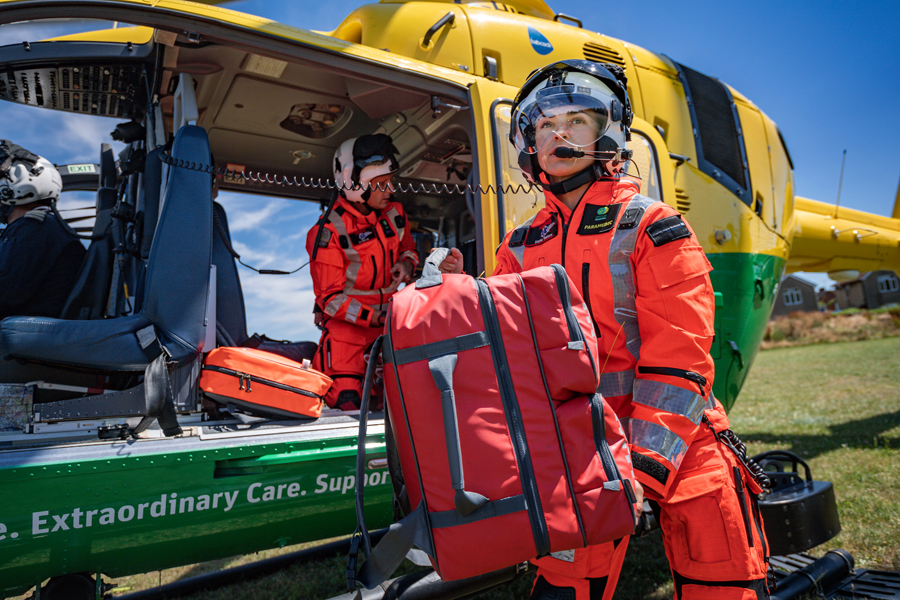 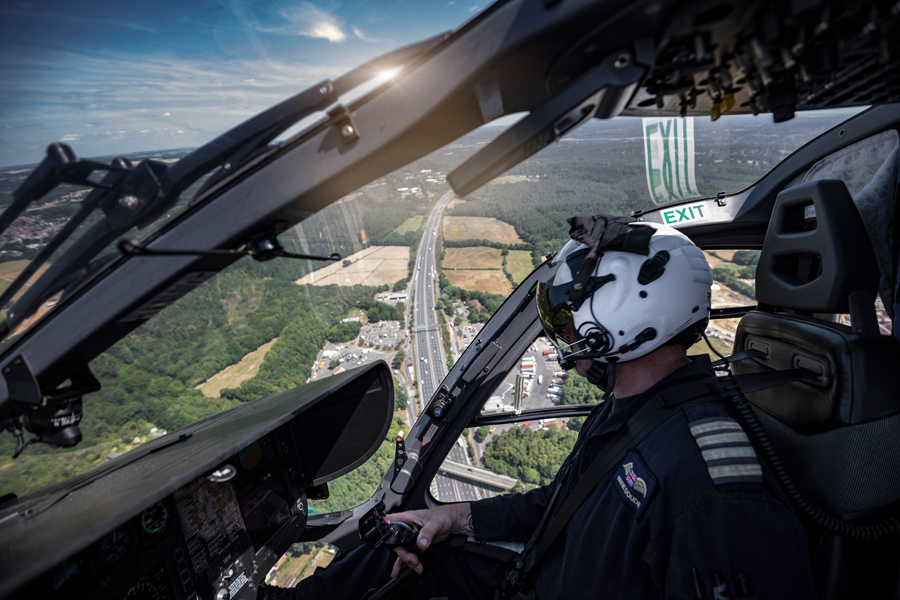 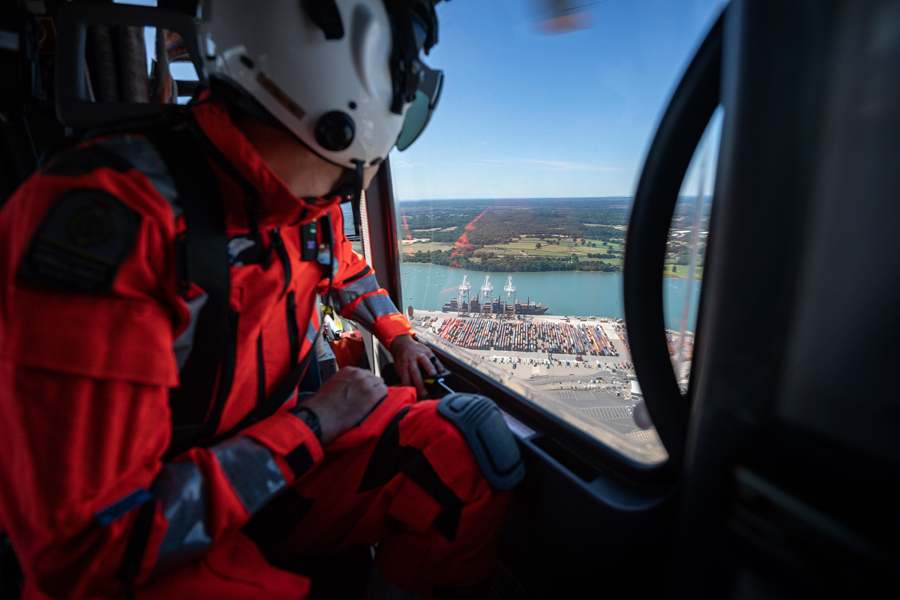 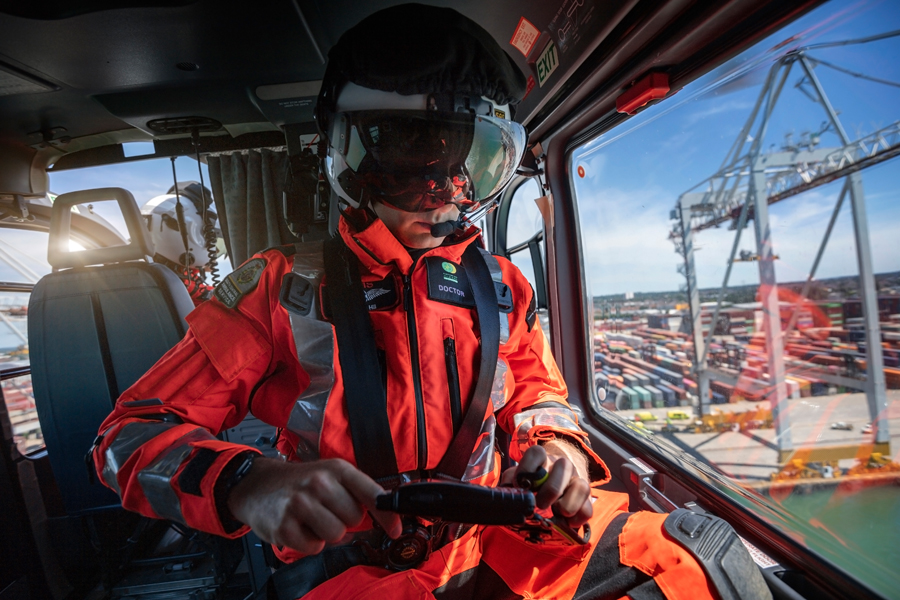 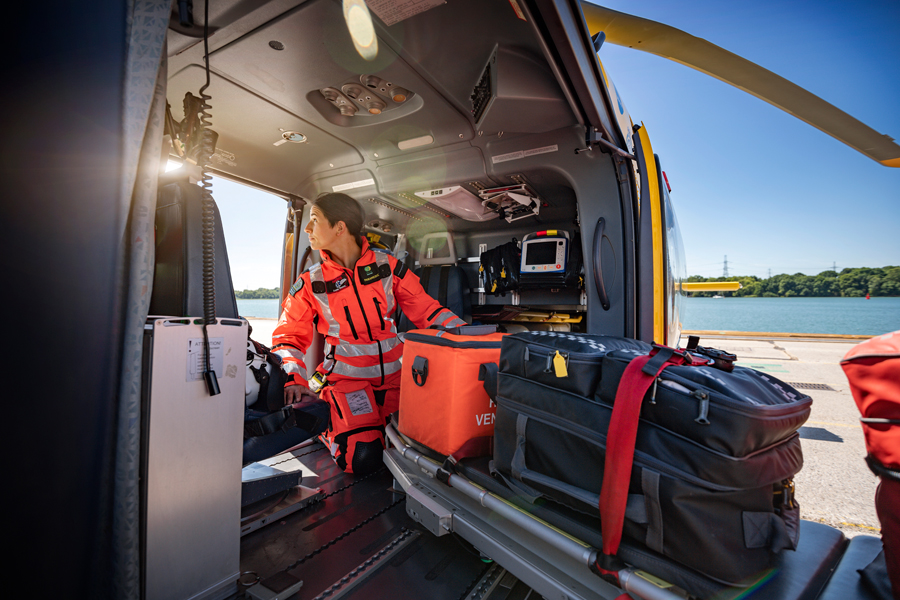 Tim - "I remember taking the initial call from the guys at Hampshire and Isle of Wight Air Ambulance (HIOWAA) back in 2021 and we discussed working with them to do a library of new photography to show all aspects of their operation, from the training scenarios that they run on a regular basis, through to their rapid response vehicle and finally the air ambulance itself. After several meetings we opted to approach this in a way that had not been done before in the UK, with myself actually going through CAA approved training so that I could stay with the HELIMED crew and go on live operations with them." 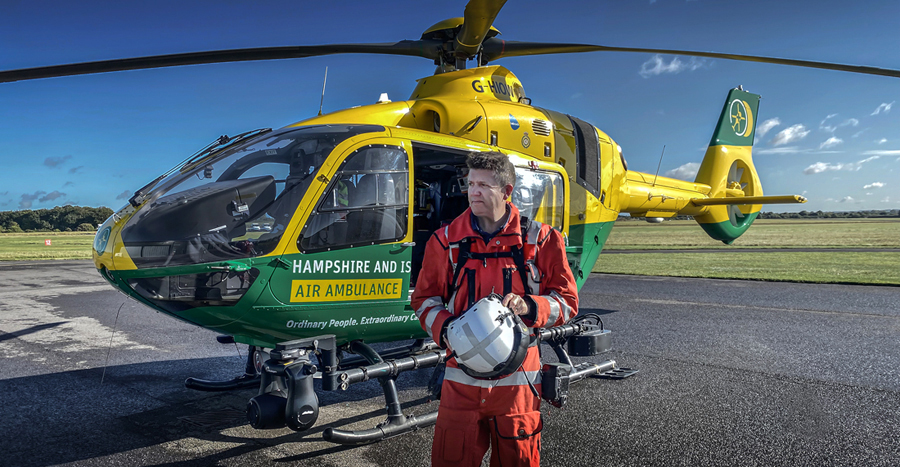 "After a few weeks we had the required approval to move forward and over the course of a few weeks I completed a series of training courses and tests that would qualify me officially to be an active crew member, these were things like HEMS Technical Crew Member Theory, Aircrew Fire and Smoke Training, Escape Door Training for the Airbus Helicopter H135, Crew Resource Management Training, and the infamous Dangerous Goods Onshore (Helicopter) course. After completing these I worked closely with the team at HIOWAA and we worked out a plan so that over the period of a week I would be able to access and capture the varied elements to what they do. These were to cover everything from the regular critical care training sessions that they undertake with HEMs Doctors and Paramedics in training, through to the Rapid Response vehicle operations and finally the Air Ambulance itself." 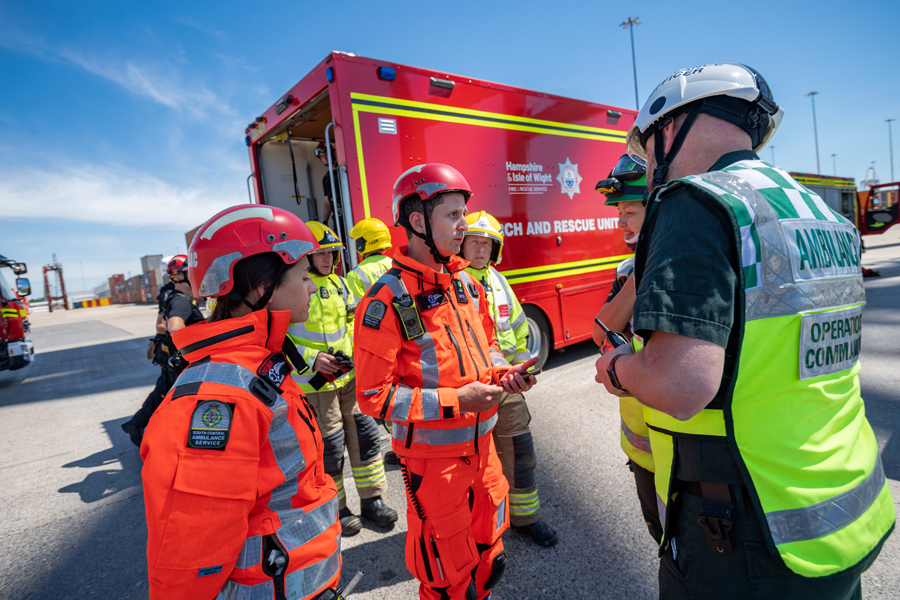 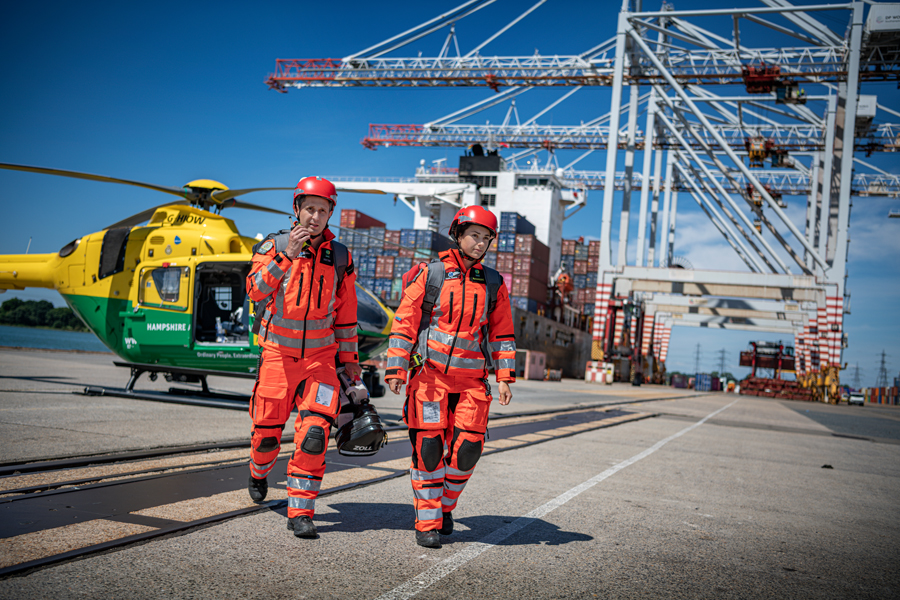 "Tim worked hard to build rapport and relationships with our doctors, medics and pilots. Ultimately, he won them over by being overwhelmingly considerate of their needs while trying to portray their work in an honest and enlightening way. Tim was able to setup and capture scenes quickly and with minimal fuss or intrusion. He insisted that crew did not add drama to scenes or do things that they wouldn't ordinarily do. Ultimately, the photographs are of a quality that we could only dream of. Whether it is shots of the crew's training sessions or on board our Air Ambulance, they give the viewer remarkable access to the world of Pre-Hospital Emergency Medicine, represent our crew perfectly and were delivered in just days of the shoot. Throughout the process, Tim was a delight to work with. He became one of the team and totally understood what we needed." -
Keith Wilson, Director at Hampshire and Isle of Wight Air Ambulance. 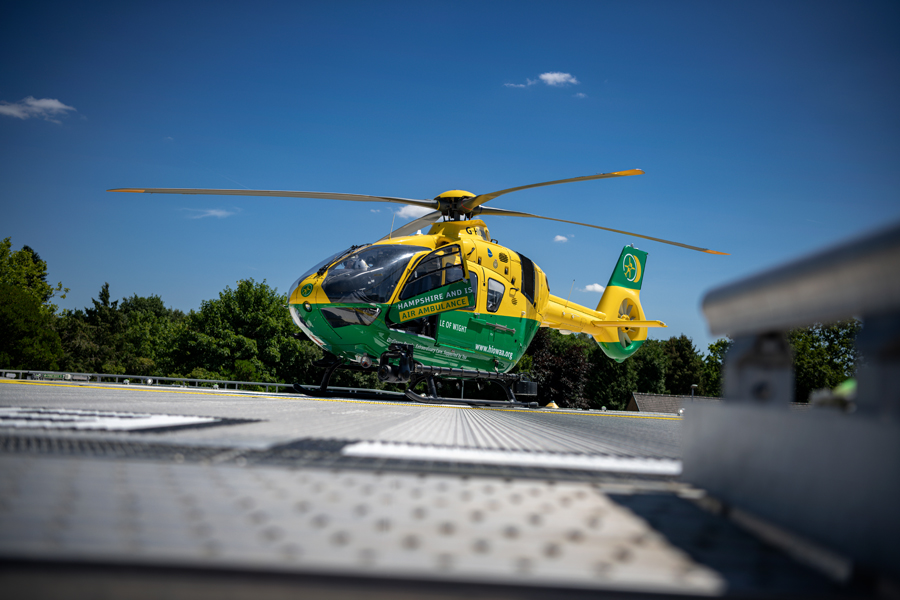 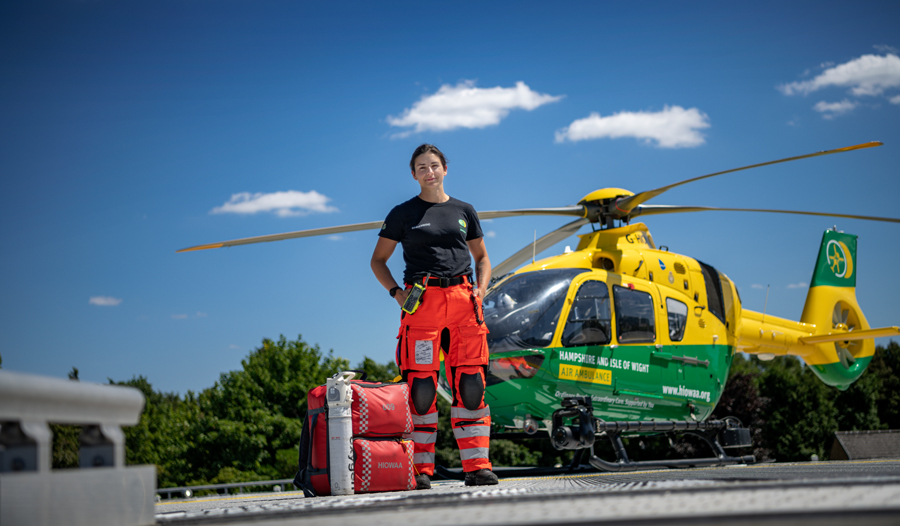 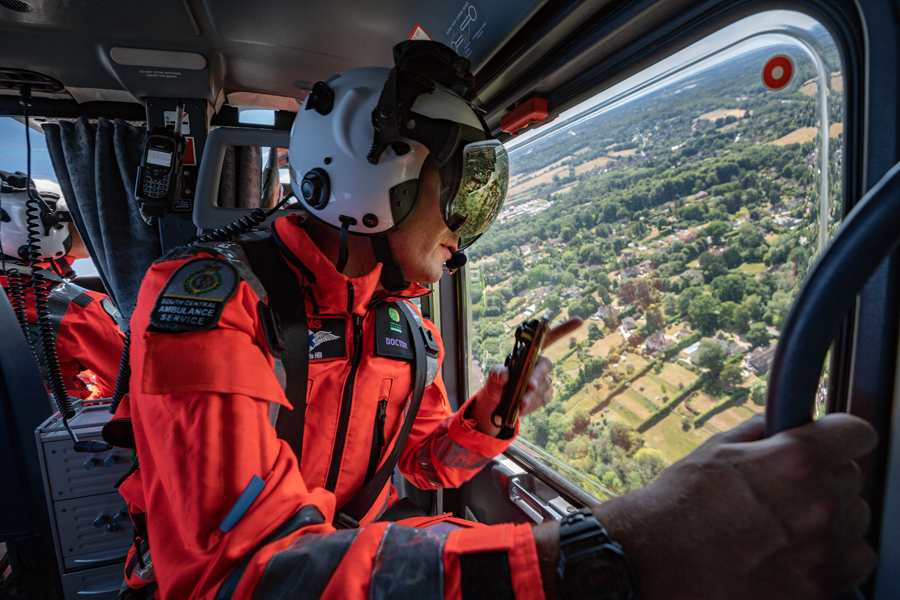 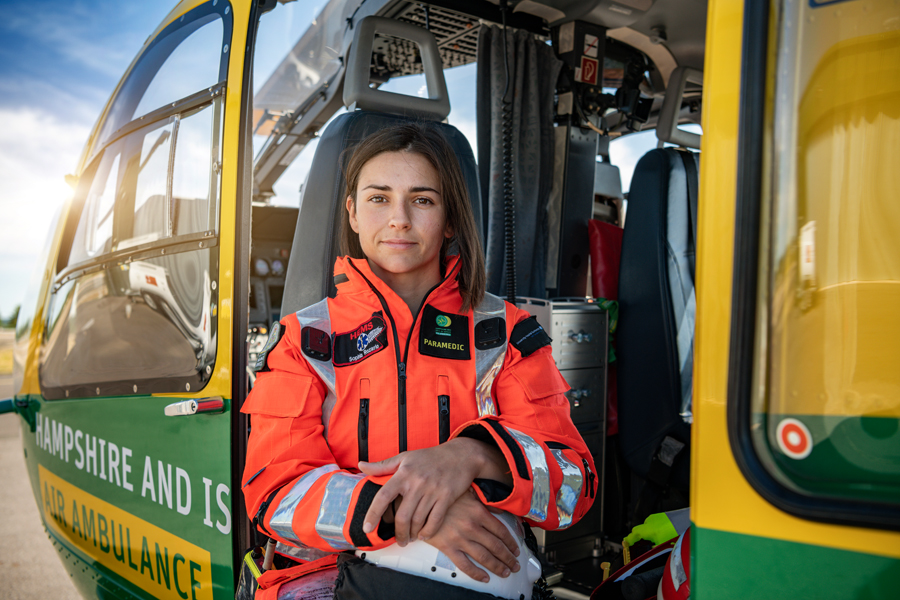 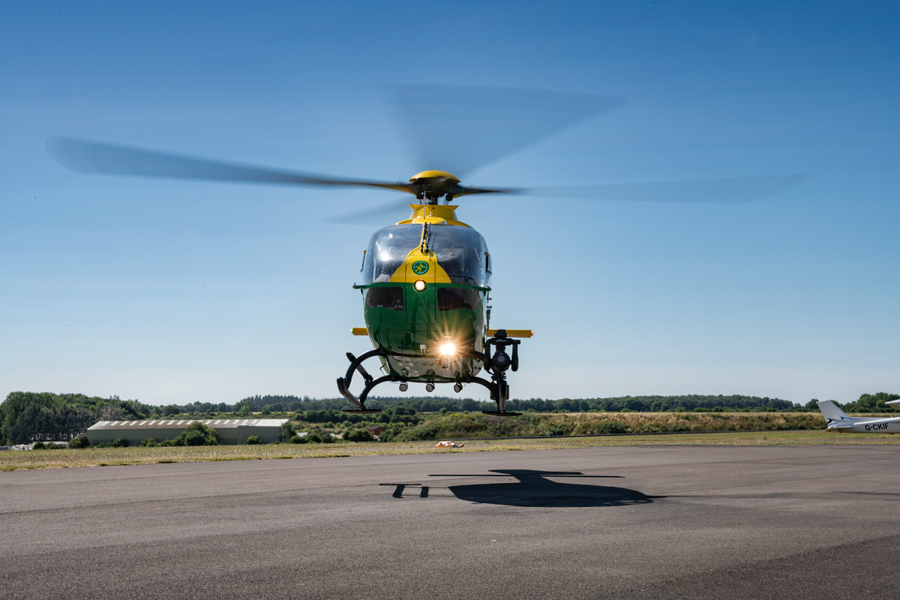 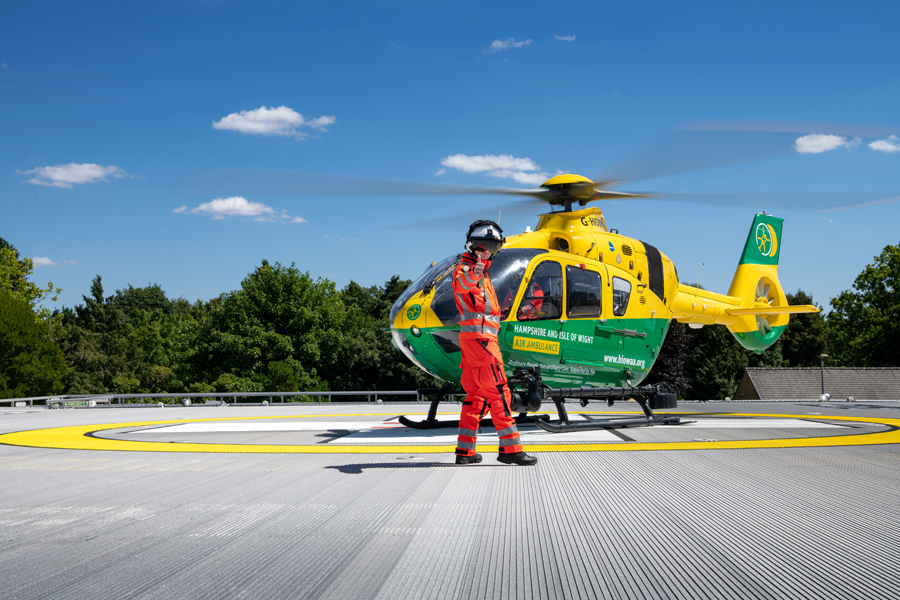