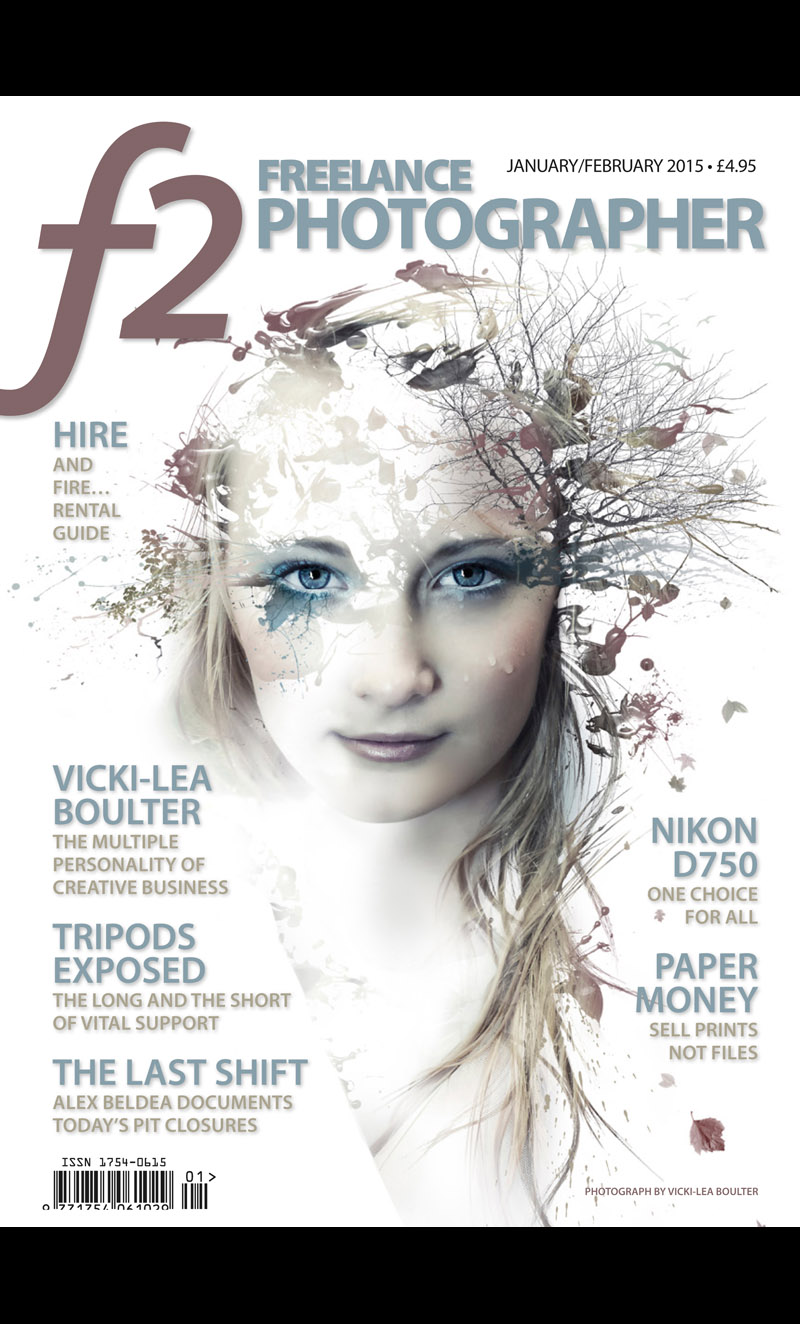 TIM WALLACE is internationally known for his automotive photography, though it’s been built on a history of an award- winning military career and a diverse attack on the advertising and commercial markets in hius second incarnation. His highest profile projects today are Aston Martin calendars, poster prints and books and it’s his car photography in general which generates most print sales to enthusiasts.

“Print sales are something that I have been involved in since pretty much the very start of my business. They come in many forms and can vary from requests from private individuals for their own homes to corporate companies who wish to have hard hitting images in their board rooms”, Tim tells us. “I also have a selection of organisations around the world who sell some of my private non- automotive work – this is mainly landscape and street photography, and they sell those and pay a monthly commission.
“This year saw me stage my first exhibition of private work, of a personal project that I shot in Death Valley. The exhibition did so well that it is still in place after being extended by a further three months in the gallery and I am proud to say that the exhibition print sales broke all previous records for an exhibition – normal run time one month – within its first 48 hours…

“My prints sell across the world and I think over the years I have sold to just about every country, its also interesting to note that prints sell prints... what I mean by this
is that its quite common to see an order come in from, say, a New York address and then a week later another comes in from a separate address close to that original one.
“Good quality prints are the key here and you just can not beat a good sized well printed piece of work – done properly it will always attract attention”.

Tim’s recent work has been printed on analogue silver-based Fujifilm Crystal Archive colour papers, by Digitalab of Newcastle-upon-Tyne. His Death Valley exhibition in their gallery, previewed in our September/ October issue, was due to end on September 18th and they must have been well pleased with sales to keep it on show until Christmas. 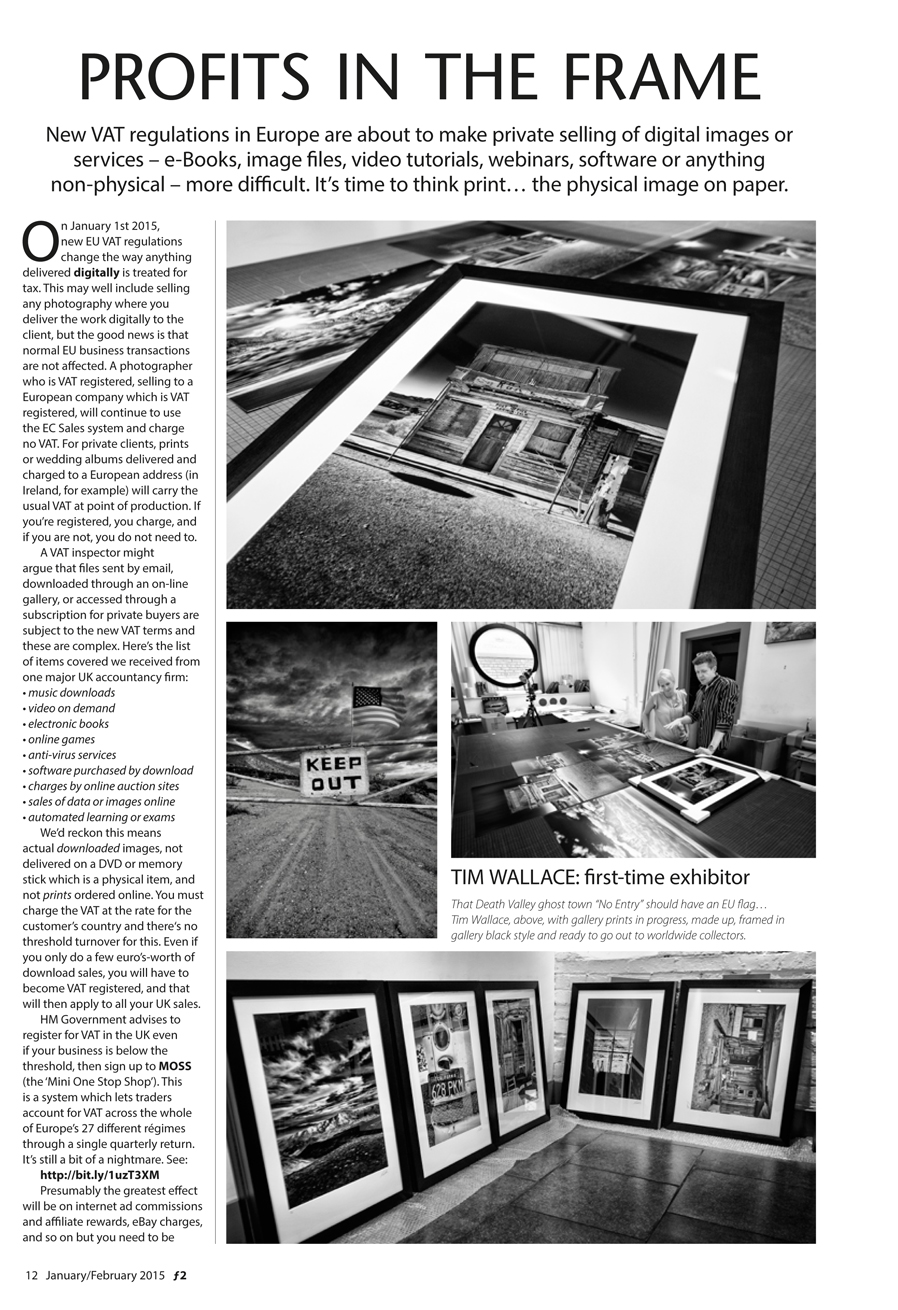 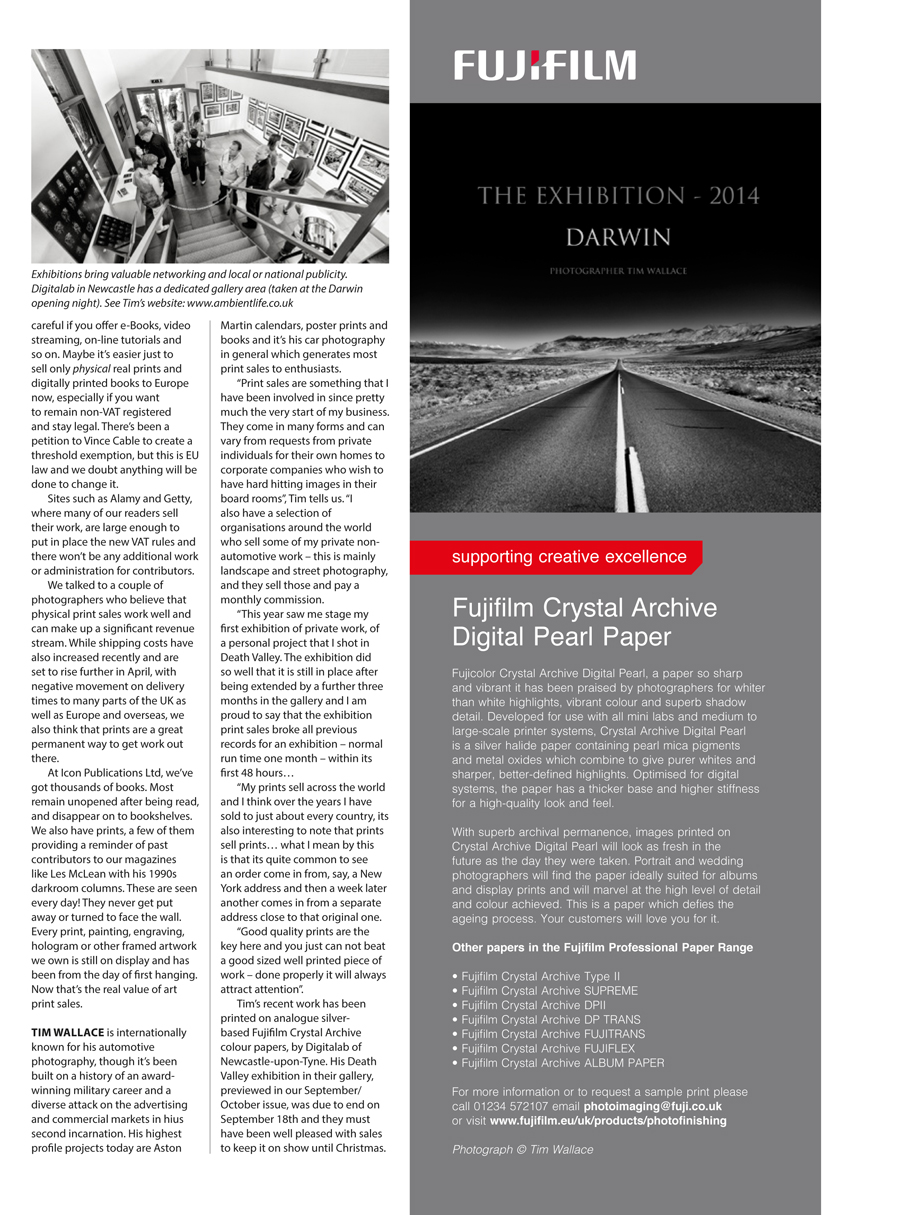